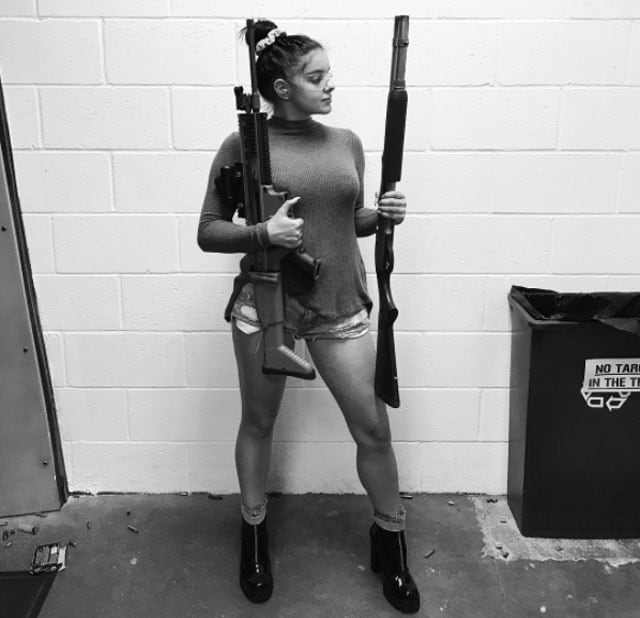 Teen actress Ariel Winter sent shock waves through the Instagram community not for another scantily clad bikini pic, but for sharing photos of her posing with guns Sunday.

Winter, 19, apparently celebrated receiving her Firearm Safety Certificate from the California Department of Justice by going to the Los Angeles Gun Club. She shared photos via social media as proof, and captioned the pics, “Prepping for the zombie apocalypse, obviously…” because she has a sense of humor, obviously. 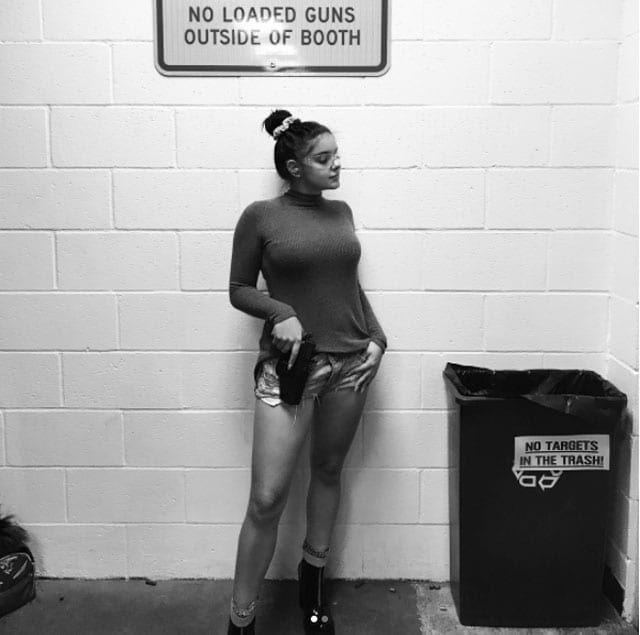 The photos garnered mixed reactions, although mostly positive, with some Instagram users noting her photos made them instant fans, while others offered marriage proposals.

Winter is best known for her role on the show Modern Family but has done a number of voice roles, primarily for children’s films, over the past decade.