Tommy gun auctioned off by sheriff’s office brings in $90K 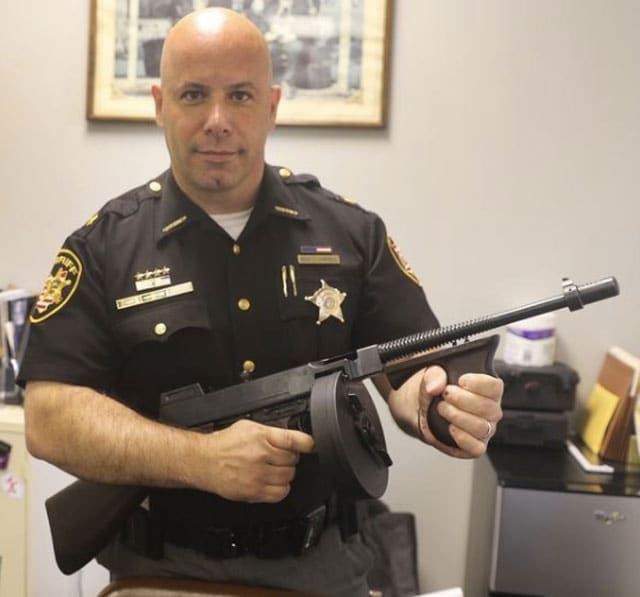 An Ohio sheriff’s department fetched an astonishing $90,000 by auctioning off a Thompson Model 1921 on Monday.

The gun was originally purchased in 1934 for the Tuscarawas County Sheriff’s Office by then-Sheriff Abe Laird, and was the weapon of choice for law enforcement of that era. The proceeds from the auction will go to buy new weapons and other much-needed equipment for the sheriff’s office.

The bidding started at $40,000 and after what was described as “several minutes of spirited bidding,” the price tag went to $90,000, far exceeding the estimated value of $37,000. Although the bid was placed by local resident Ryan Armstrong, reports indicate he was bidding for an anonymous buyer, according to the Times Reporter.

Tuscarawas County Sheriff Orvis Campbell said he thinks he knows who bought the Tommy gun, but it just seemed unreal that it sold for such a large sum of money.

“I believe that individual is local and he wanted that gun to stay local,” Campbell said. “I know that individual, if it’s who I think it is, and he is a supporter of this office, so that makes me very, very happy.”

County Commissioners Chris Abbuhl and Joe Sciarretti were one of several people attending the auction. Abbuhl called it “a huge boost for the sheriff’s department” to not only see the support but also have the funds to purchase the needed equipment. Still, Abbuhl said the amount of money the Tommy gun brought in was shocking.

“I can’t fathom that kind of money for a firearm, but I’m glad there are people who have a passion for that, and have that type of expendable money,” Abbuhl said. “I’m glad that they showed up tonight. Not only are they adding to their collection but they’re helping out the sheriff’s department for law enforcement.”

Although the Tommy gun, without a doubt, was the prized possession in the auction, there were several others firearms auctioned off as well, reeling in a net profit of $93.275.