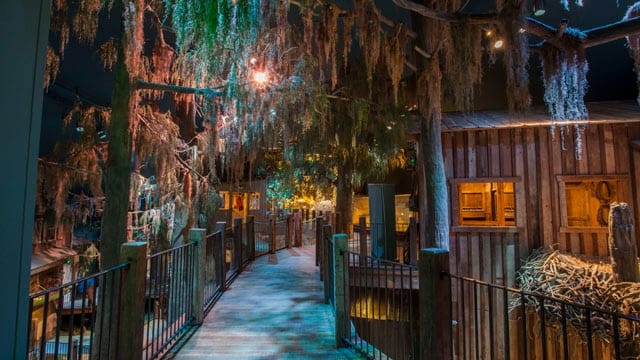 Celebrities of all creeds will join the founder of Bass Pro Shops later this month to celebrate the opening of the largest wildlife attraction in the world — a dream nearly a decade in the making for CEO Johnny Morris.

The Wonders of Wildlife National Museum and Aquarium will open to the public Sept. 21 — just ahead of National Hunting and Fishing Day — and feature more than 350,000 square feet of interactive trails and exhibits with 35,000 species of fish, mammals, reptiles and birds. Morris said the museum will celebrate “people who love to hunt, fish and act as stewards of the land and water.”

“I am proud and excited that this special facility dedicated to those who love the outdoors will open in the heart of America in our hometown, Springfield, Missouri,” he said in a March press release. “We are deeply grateful to the many remarkably talented individuals and world-class conservation organizations that have come together for the past nine years to help make this vision a reality. It is our shared hope that the tremendous investment of time, energy and resources will have a profound, positive long-term impact on the future of hunting, fishing and conservation in America.”

Forbes reports former Presidents Jimmy Carter and George W. Bush will attend the opening gala for the museum scheduled Sept. 20. Other famous guests include Missouri Gov. Eric Greitens and U.S. Secretary of the Interior Ryan Zinke. Country music stars Dierks Bentley and Luke Bryan and Kevin Costner’s band will later perform during a private concert, according to the report.

“Wonders of Wildlife has the opportunity, like no other attraction before it, to have a positive national impact on wildlife and conservation,” said Colin O’Mara, President and CEO of the National Wildlife Federation, one of the organizations who partnered with Morris to create the museum. “Johnny’s investment in this not-for-profit facility through the Johnny Morris Foundation will establish one of the most valuable and respected conservation and education centers in the world.”

Morris founded Bass Pro Shops 45 years ago in the back of his father’s liquor store in Springfield, Missouri, with just eight square feet of retail space. Over the next four decades, Morris — a world traveler and dedicated conservationist — grew the company into a multi-billion dollar operation with more than 100 retail locations nationwide. The company will close on a deal to acquire competitor Cabela’s for $5 billion Sept. 25.

The museum’s 4D exhibits will transport guests to some of the earth’s “most extreme wildlife habitats” — from the chill of the Arctic to the heat of the African Savannah — in attempt to highlight the importance of conserving these “icons of the Animal Kingdom” for generations to come.