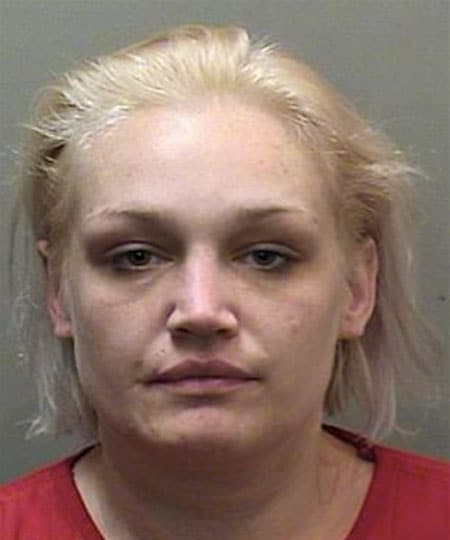 Amika Witt got creative when it came time to conceal her handgun. (Photo: McLean County Jail)

A 20-year-old woman from Missouri is facing felony charges after police found her early Thursday morning in possession of a large amount of heroin and ecstasy, as well as a loaded handgun which she hid in her vagina.

The .380 pistol, which was fully loaded with a round in the chamber, was found by a female correctional officer during a strip search at the McLean County jail in Illinois.

Amika Witt was stopped after officers clocked her at 90 mph on Interstate 55 around 5 a.m. Witt was apparently hiding heroin and ecstasy in her bra and was arrested and hauled off to jail.

“When you find drugs, you look for guns,” said McLean County Sheriff Jon Sandage, who noted that full body searches are performed on all inmates who come in on drug charges.

Witt told authorities she and McDonald were headed from Illinois to St. Louis with the drugs – and were apparently in a hurry to get there.