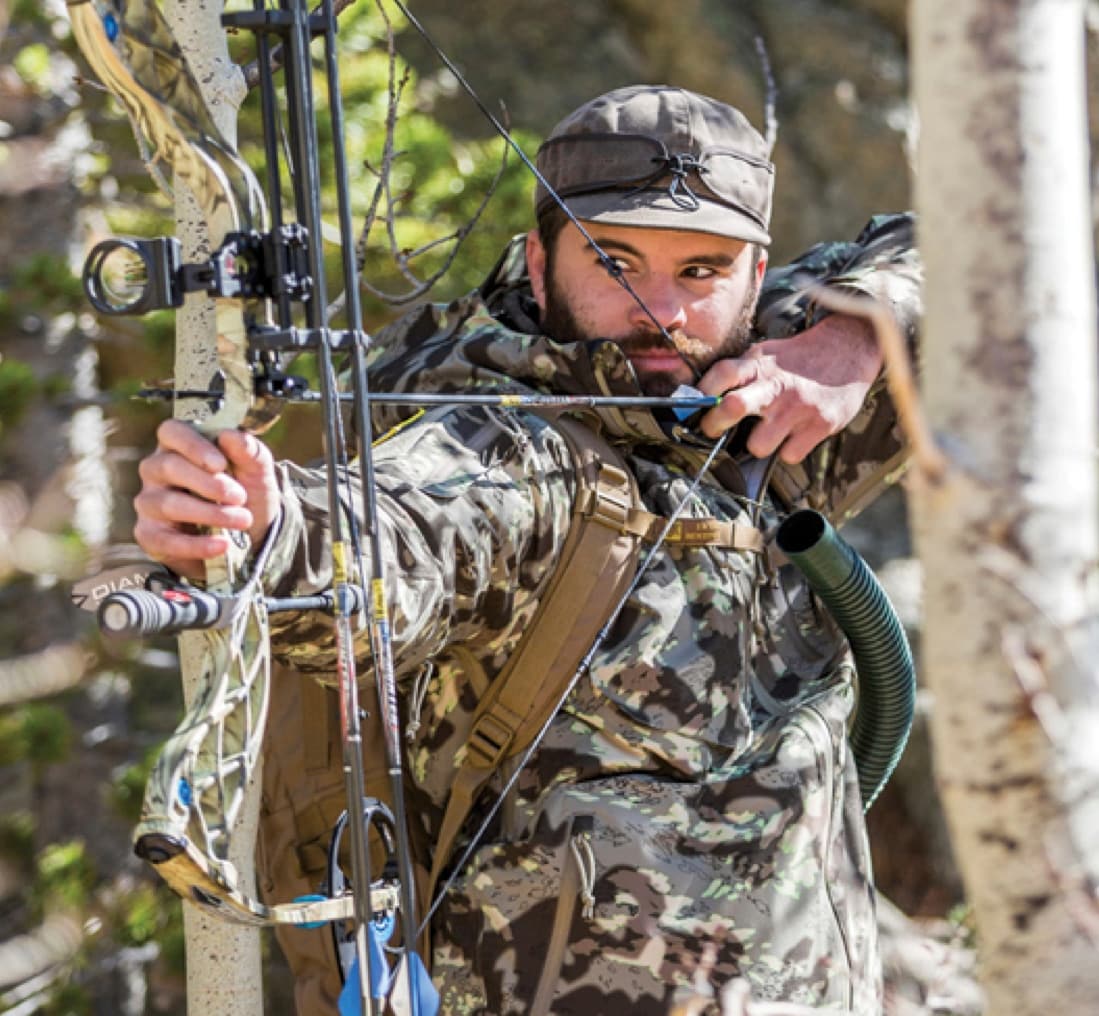 “After an extensive exploration of various graphics-based patterns, I found that nature itself had the best solution with its shapes, colors, and shadows. What I extracted from nature is not only effective but has great aesthetics,” Vince Mares, SJK design manager, said in a press release. “I am really proud of what we now call the Perception DST camouflage pattern and I am excited to use it on my next hunt.”

Four core pieces make up the fall line — a rain jacket, pants, DriDown and synthetic jackets. Equipped with Perception DST camo, each piece of clothing is made with quiet touch fabrics and DWR finishes to keep hunters concealed and dry. Packable, SKJ’s apparel series can easily pack into day or overnight bags.

The Windage jacket and pants are perfect for rain, snow or both. A three-layer waterproof and breathable laminate construction shed rain and snow while allowing internal moisture to escape. Boasting articulated elbows, knees and crotch areas the jacket and pants offer mobility for hunters in the field.

For cold weather, the Incog down jacket is the is insulated with 600 fill-power DriDown insulation for better warmth and durability. The Grit rounds out the series with its synthetic insulation. The jacket is stuffed with 60 grams per square meter of SJK’s SlumberLoft -Pro insulation and is impervious to wet weather.

The new fall apparel lineup featuring Perception DST camo is available from Slumberjack with prices ranging from $99.95 to $179.95.