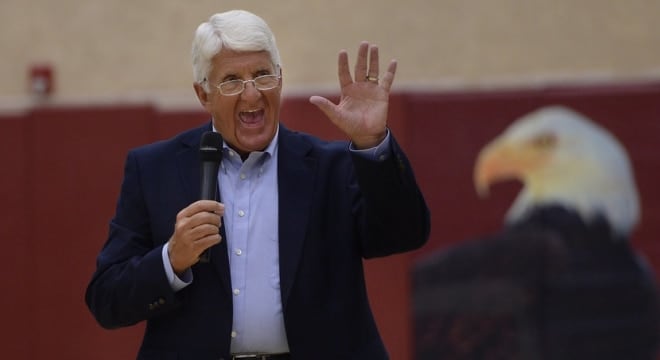 A sweeping package of hunting and fishing reforms including the Hearing Protection Act was marked up Thursday by the House Committee on Natural Resources.

The Sportsmen Heritage and Recreational Enhancement or SHARE Act won a Republican-heavy 22–13 vote a day after hearings where Second Amendment and gun control advocates squared off before lawmakers.

The package, which rehashes a popular series of measures pertaining to federally-controlled land that passed the House as a whole in 2014 but failed to make it into law, includes language to drop suppressors from National Firearms Act regulation. While doing away with the $200 transfer tax established in 1934 and refunding stamps paid over the past two years, it mandates the devices be considered Title I weapons, enabling their transfer after a simple National Instant Criminal Background Check.

National gun control groups slammed the action by lawmakers, which advances the package to a potential floor vote.

“Silencers distort the sound of a gun, and in the wrong hands, they put people’s safety at risk,” argued John Feinblatt, president of Everytown. “NRA leadership and their friends in Congress have gone behind closed doors to try to prop up lagging gun sales by making it easy for anyone to buy a silencer without a background check. This sham bill is a giveaway to the gun lobby, which cannot be allowed to use Congress to put profits ahead of public safety.”

South Carolina Republican U.S. Rep. Jeff Duncan, the sponsor of the bill as well as the standalone version of the Hearing Protection Act, contended sportsmen contributed most of the funding used by conservation agencies through user-pay permits, licensing and excise taxes, giving them a unique say in how public land should be used and federal gun laws implemented.

“Sportsmen are the foundation of the conservation movement in the United States, yet some radical organizations seek to limit access to this pastime by restricting the Second Amendment, as well as land and game management,” said Duncan. “I believe this bill is a great start to build on in the future.”

Suppressor advocates welcomed the news of the bill’s forward motion but cautioned there is still a long road ahead for the HPA.

“This is an exciting time for the suppressor community because, for the first time since they were regulated in 1934, Congress has taken a vote to remove suppressors from the antiquated and onerous National Firearms Act,” said Knox Williams, president of the American Suppressor Association.

While Democrats on the House Judiciary Committee want the bill reviewed by their committee, which could delay or derail a floor vote, the prospect of the Republican-controlled panel moving to hold further hearings on the SHARE Act is slim.

A successful vote in the House would send the measure to the Senate, who passed a similar package last year– the Bipartisan Sportsmen’s Act– though without addressing silencer deregulation.