Trio accused of popping off rounds in residential neighborhood while drunk 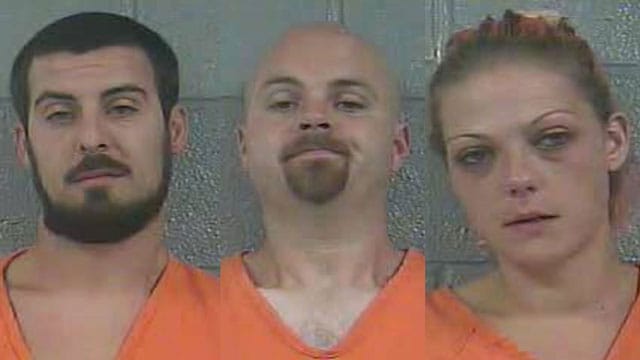 Three people are facing charges after they fired several rounds in a residential neighborhood in Louisville, Kentucky, early Saturday morning.

Authorities say the trio, James Hoagland, 31; Amanda Mattingly, 26; and Christopher Meisel, 26, had been drinking and were under the influence during the 6:30 a.m. incident.

Police were called to the area after receiving reports of gunfire from the home where the trio was staying. Initially, the suspects denied knowing anything about the gunfire but later admitted to firing rounds from the back deck. Officers found three rifles in the home, including an AR-15 with a still-warm barrel. Spent .223-caliber casings were also found in the back yard.

All three were arrested on charges of first-degree wanton endangerment, and taken to the Bullitt County Detention Center.

Authorities called the trio’s actions “extreme indifference to the value of human life, and created a substantial danger of death or serious physical injury to another person.”