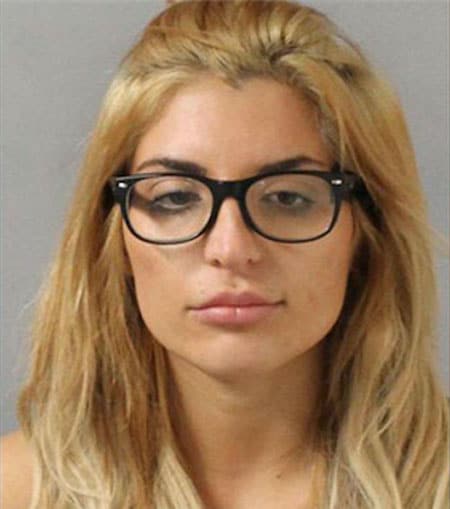 Katie Quackenbush is facing attempted murder charges for the shooting of a homeless man she claims was in self-defense. (Photo: Nashville Metropolitan Police Department)

A 26-year-old aspiring singer was charged Monday with attempted murder for the shooting of a homeless man last month in Nashville, but the suspect’s father claims his daughter fired in self-defense after the man threatened his daughter and her friend.

Katie Layne Quackenbush was booked into jail around 6 p.m. and was given a $25,000 bond. The victim, Gerald Melton, 54, remains hospitalized in critical condition.

According to a press release from the Nashville Metropolitan Police Department, the shooting occurred on August 26 around 3 a.m. as Quackenbush parked her Porsche SUV on the street near where Melton was sleeping.

Melton became irritated by the exhaust, as well as loud music coming from the SUV, and asked Quackenbush to move. At that point, Quackenbush and Melton began yelling at one another. Authorities say Melton went back to the place where he had been sleeping, but Quackenbush, who was armed with a handgun, followed him and the argument continued. During this time, police say, Quackenbush fired two rounds, striking Melton in the abdomen. Then she got back into her car and drove away.

However, Jesse Quackenbush, the suspect’s father who is also an attorney in Texas, told The Tennessean that’s not quite the way things happened and his daughter fired only after she felt threatened.

According to Jesse, Katie was driving a friend back to her car when the two women noticed Melton harassing other women nearby. Jesse said when Katie stopped her car, Melton then turned his attention on them and approached Katie’s SUV.

“He comes up to their window and starts screaming in their window various threats, and something about turning their music down and that he couldn’t sleep,” Jesse said.

Eventually, Melton walked away, and Katie got out of her vehicle and walked with her friend to the friend’s car. Katie also grabbed her gun. According to Jesse, as the women were walking, Melton again approached them, and Katie reacted by warning him she had a gun. Katie apparently fired two “warning shots” as Melton continued to approach the pair, despite Katie’s warning. Jesse said Melton made threatening, explicit, and sexist remarks towards the two women.

“She didn’t try and kill this guy,” Jesse said. “She had no intention of killing him. She didn’t know that she hit him.”

Jesse said Katie closed her eyes when she fired both shots and was unaware that she even hit Melton until some time later. In fact, after the shooting, Katie and her friend left and went to a restaurant. When they returned some time later, the friend’s car was surrounded by police tape. At that point, they knew something was awry. Nonetheless, Katie didn’t turn herself in to authorities until several days later, although her father claims both women contacted authorities right after the incident.

Jesse said his daughter, who is a single mother to a 5-year-old boy, has “never done anything like this in her life.” However, records indicate Katie has at least two prior assault charges, one of which is still an open case.