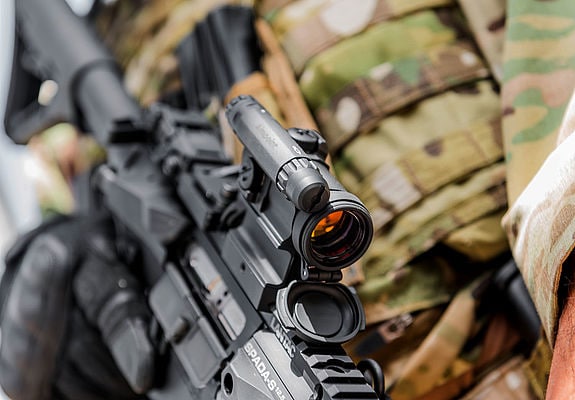 Aimpoint unleashed the latest in its Comp series of sights, officially introducing the CompM5 optic to the product lineup.

Powered by a single AAA battery, the CompM5 weighs a mere 5.19 ounces, making it the most compact optic Aimpoint’s Comp series has to offer. Created to meet the needs of a “specific official end user,” the Aimpoint has opened the CompM5 for sale worldwide.

The optic’s small size is due to its ability to work alongside AAA batteries. The lightweight batteries are inexpensive and readily available throughout the world. Unlike lithium batteries which can pose a threat while shipping, AAA batteries simplify logistics and eliminate shipping hazards. Like its sister products on the Comp line, the CompM5 offers decent battery life, with over five years of constant-on use at intensity level seven. 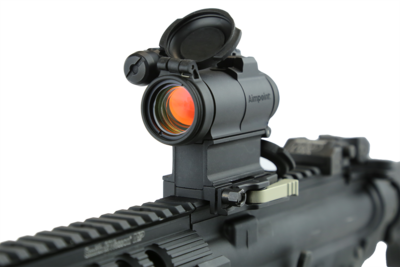 The optic is fully submersible up to 45 meters and is also compatible with all generations of Night Vision Devices in addition to working with Aimpoint’s professional magnifier line. The sight’s military-grade optical lens system offers exceptional dot clarity and light transmission, resulting in a parallax free operation with a crisp, clear dot even under magnification.

“The Aimpoint Comp Series has been established as the worldwide standard for military grade reflex sights for over 20 years. The new CompM5 sight provides professional end users the same levels of performance provided by our full-sized sights in a much more compact optic,” President of Aimpoint AB Lennart Ljungfelt said in a press release. “This new product saves size and weight for the operator, with no sacrifice in overall performance.”

The CompM5 AR Ready package, which includes the optic, an LRP Mount, and 39mm Spacer goes for $1,068.