Canada has a skateboard-riding cop 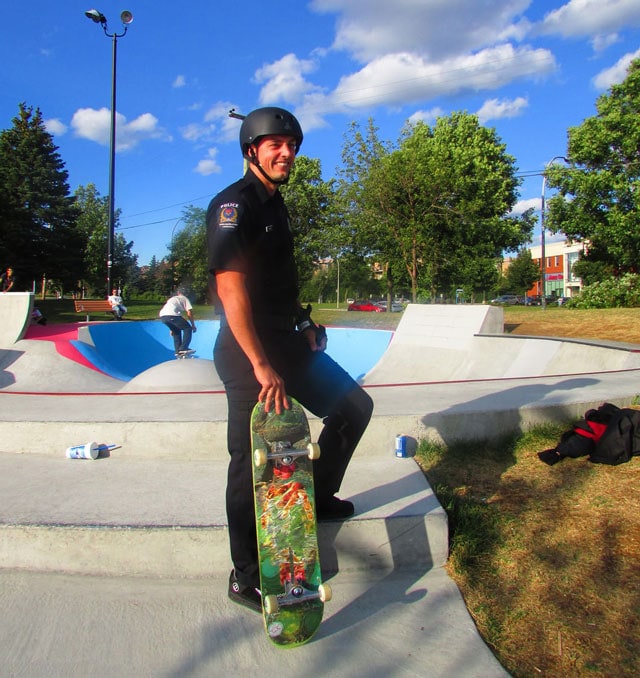 A 32-year-old police officer in Longueil, just outside of Montreal, has become Canada’s first skateboard-riding cop.

Thierry Hinse-Fillion has been with the police department for three years and for two years, he spent his free time working to create a position – and proposal to the department – that combines his love of police work and skateboarding, a position which was officially launched in June.

“Lots of people have asked me, why put a police officer in a skateboard?” Hinse-Fillion said. “I know that it’s quite unique, but at its essence it’s also quite simple. You use sport to get closer to the community and all the benefits come from that.”

Hinse-Fillion has been a skateboarder since he was a kid, skating the typical terrains outside of churches and shopping centers, but acknowledged that there’s always been a sort of tension between skateboarders and law enforcement, a tension that’s often fueled by frequent run-ins between the two groups.

“So I said to myself, I’m going to use my passion – my sport – to try and chip away at that barrier,” Hinse-Fillion said.