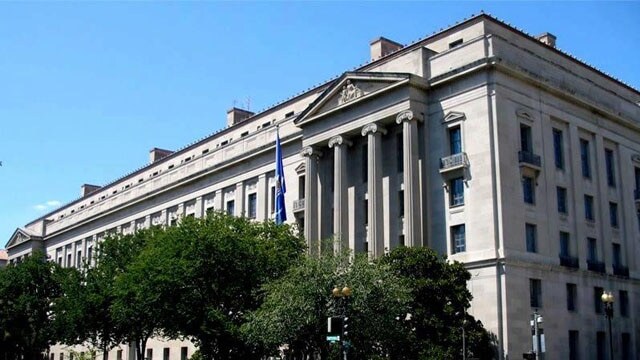 DOJ fired an ATF agent in charge and a federal prosecutor for misconduct. (Photo: Department of Justice/Facebook)

A senior government agent and a federal prosecutor at the center of a misconduct probe lost their jobs this week within the Department of Justice.

The Office of Inspector General completed its joint investigation with the DOJ into a resident agent in charge with the Bureau of Alcohol, Tobacco, Firearms and Explosives over allegations of mismanagement. The office concluded the agent neglected paperwork documenting time and attendance submissions and didn’t correct accounting errors related to inventory and funding for the operation in question. The agent didn’t ensure memorandums of understanding for the operation were signed and followed, either, according to a DOJ press release published Thursday.

In a concurrent investigation, the OIG and DOJ uncovered an undisclosed intimate relationship between an Assistant United States Attorney and an ATF agent working on the same case. The office said the attorney accepted a cell phone seized during the operation for personal use, left incomplete paperwork uncorrected, withheld information “regarding critical aspects of the operation” from supervisors and didn’t report property and money stolen during the operation.

The DOJ decided against prosecution and instead fired both employees, the department said Thursday.

The probe is the latest in a string of investigations into ATF and Drug Enforcement Administration operations over the last five years. Both agencies came under fire from Congress in April after an audit of their confidential informant programs revealed “gross mismanagement,” shoddy record-keeping and sexual misconduct.

Massachusetts Democrat Rep. Stephen Lynch sponsored the Confidential Informant Accountability Act, H.R. 1857, as a response to the agencies’ ongoing struggles to manage their informant programs. The proposal requires federal law enforcement agencies report to Congress the full criminal history of all confidential informants and the money paid to those informants while in service to the DEA or ATF.

“This report puts a very a dark cloud over the DEA … and also ATF,” Lynch said during a committee hearing in April. “And that cloud remains until we have proof positive that you are straightened out and flying right. That’s not going to happen if you continue to operate like this.”