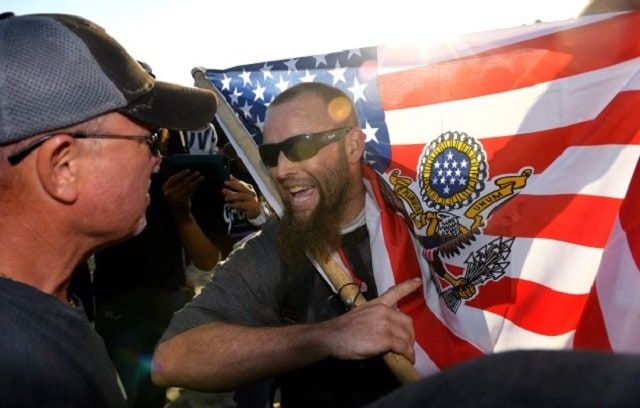 The Orange County, California city is the latest to ban firearms, knives, and other weapons from rallies and protests after a tense anti-immigration rally was held in the beach town last month.

The Laguna Beach City Council unanimously passed an ordinance Tuesday that bans people from carrying weapons or items that could be used as weapons at public demonstrations, rallies, or protests held at city parks and beaches, the Los Angeles Times reported.

The ordinance, which took effect immediately, specifically prohibits the carrying of guns, knives, baseball bats, glass bottles, poles, pepper spray, and many other items that could be used as weapons. Signs and flags will be allowed, but may not be affixed to any type of pole or stick.

Police Chief Laura Farinella pushed the council to pass the ordinance after an America First! anti-immigration rally was held in the city last month and after some recent protests have turned violent across the country. Four people were arrested at the America First! rally, with one man allegedly carrying a knife to the event.

“I want to protect free speech, but I don’t feel that when you carry weapons along with it that constitutes free speech,” Councilman Steve Dicterow said. “The items you have here are all reasonable things to restrict. You don’t have a right to have those things at any public rally. I would rather err on the side of safety when it’s not inhibiting free speech.”

Farinella said the police would enforce the ordinance not only at the protest sites but also if they see people carrying the prohibited items on the streets while walking from their cars toward a demonstration or protest.

The ordinance will also be amended to include biohazardous waste in any type of container, instead of just balloons as originally worded. The amendment came at the suggestion of resident Hillary Cole.

“If someone is carrying urine or feces, it does not matter if it’s in a balloon or a cup or a bottle or what,” Cole said. “They have it for a reason which is not to go to their nearest doctor. I disagree with removing all stakes and flagpoles. People should be allowed to hold up their signs and profess what it is they want to say.”