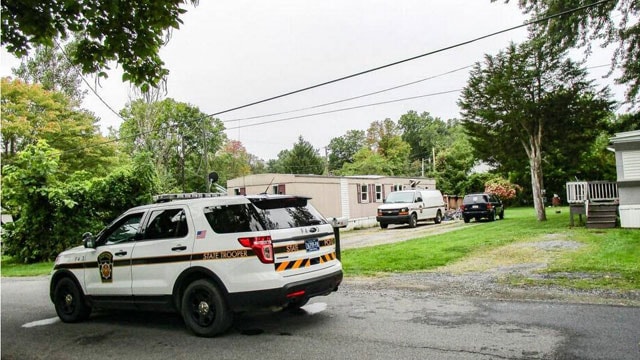 A 30-year-old man was shot and killed as he forced his way inside a home just outside of Avis, in central Pennsylvania, early Wednesday morning.

The intruder was identified as Cody Englert, of Jersey Shore, just a few miles from where the break-in and subsequent shooting occurred.

According to reports from local media, Englert kicked in the door to the mobile home just before 2 a.m. and was shot by a resident inside the home. Clinton County Coroner Zach Hanna pronounced Englert dead at the scene, and authorities confirmed there was no ongoing threat to the community.

Kathleen Day, who lives next door, said she heard the incident unfold and witnessed the aftermath from her home.

“I heard a big bang. The dog started barking. I thought somebody kicked my door at first… it was really loud,” Day said. “I got up and went out and looked, and pretty soon I saw police cars over there.”

Day, who lives with her husband, daughter, and granddaughter, said the incident left them all shaken and feeling afraid. She said the incident was just too close to home and they want to move. Other than Day, no neighbors said they heard a commotion, and only later saw the police cars surround the home.

Police say the resident who shot Englert is cooperating with the investigation and is not facing charges at this time. The resident was not identified, although reports indicate that Englert’s fiancee lives at the home with several children. It’s unclear if anyone else lives at the home, and Day said she really doesn’t know the people who live there.

According to the Centre Daily Times, Englert has a criminal history, although all misdemeanors, including multiple charges of disorderly conduct for fighting, simple assault, and harassment. Without elaborating, neighbors said Englert, “has a reputation.”