Robber armed with pellet gun gets $5… and 2.5 years 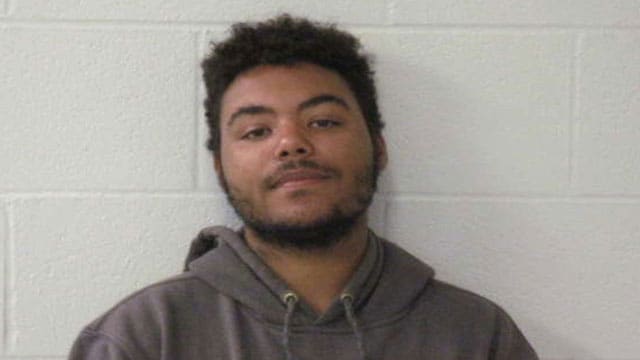 A 20-year-old man was sentenced to 2.5 years behind bars Wednesday for an armed robbery in Massachusetts earlier this year.

Ahead of his sentencing, Aaron Dakota Fogg, of Belchertown, pleaded guilty to assault with a dangerous weapon and larceny for the June robbery of a pizza delivery driver.

Authorities say Fogg, who was armed with a pellet gun, held the weapon to the driver’s head and demanded all of his cash. The driver complied, handing over a whole whopping $5.

Fogg was captured two days later, and now, in addition to jail time, he will be required to complete one year of supervised released, which will include drug and alcohol testing and mental health evaluations.

Fogg is also no longer allowed near any Pizza Hut locations.