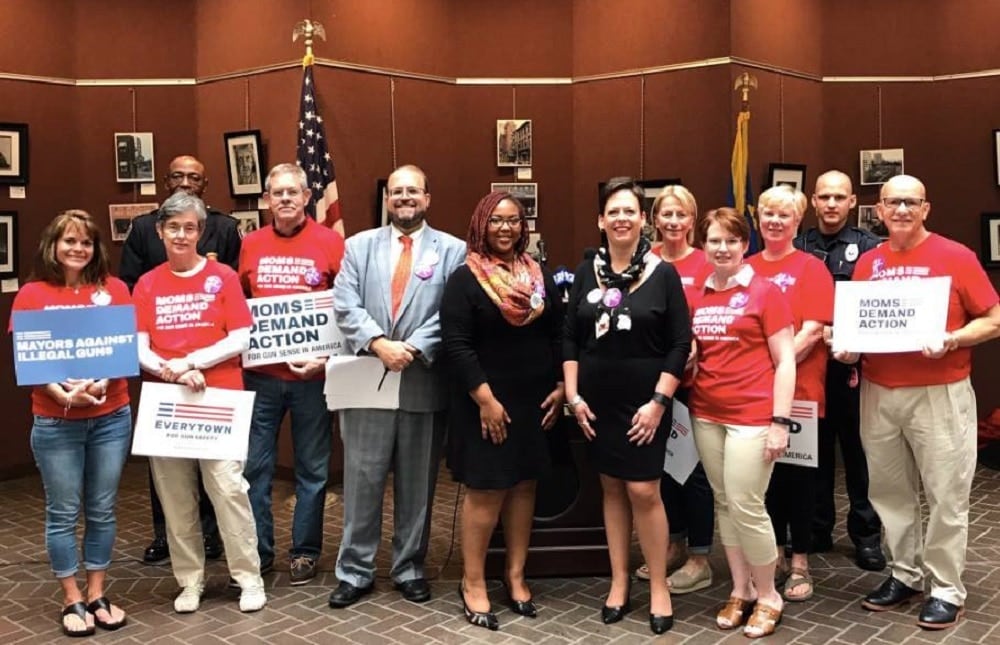 Members of gun control group Moms Demand Action’s Pennsylvania chapter gathered around the state this week to urge lawmakers to pass a bill that would strengthen firearms restrictions for domestic abusers.

Under current Pennsylvania law, people ordered to surrender guns can give them to a third-party for safekeeping and have 60 days to give them up, but backers of the proposal say the current law gives domestic abusers too much leeway and does not do enough to protect victims.

Republican State Sen. Tom McGarringle and Delaware County District Attorney Jack Whelan stood with members of the gun control group and law enforcement officials to urge action on the bill, which has been waiting in the Senate Judiciary Committee since March.

“When victims of domestic violence have the courage to ask for help, we have to be ready to answer that call. But right now, we’re falling short of that duty,” said McGarrigle. “It’s time to do more to ensure that convicted domestic abusers and those under final protection from abuse orders aren’t able to access firearms that they can use to terrorize, intimidate and harm families across our state.”

“We know that guns and domestic violence are absolutely a deadly combination, and the current law is just not enough,” Karaczun said.

According to the Pennsylvania Coalition Against Domestic Violence, around 56 percent of deaths resulting from domestic violence involved a gun. The group also found that firearms in homes where domestic violence took place raise the chances of homicide by 500 percent.