'Safety On' crosses party lines to educate kids on guns 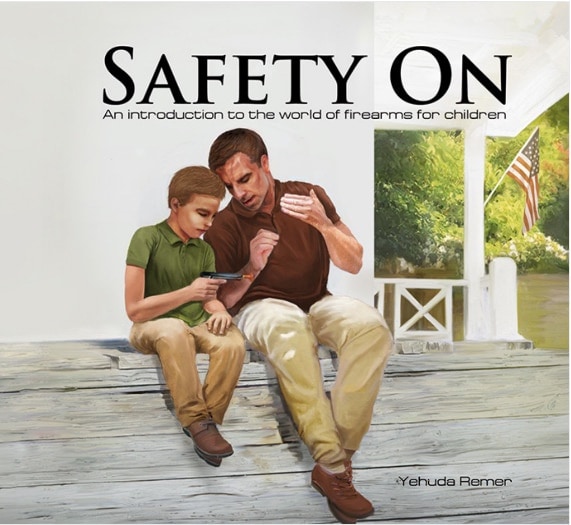 Safety On: An Introduction to the World of Firearms for Kids aims to help parents with the “gun talk,” making gun safety a priority. (Photo: Safety On)

Yehuda Remer became a first-time gun owner in the midst of raising children and it was his role as a father that inspired him to write his book “Safety On: An Introduction to the World of Firearms for Kids” to teach gun safety to kids.

Remer, struggling to reconcile his new found love of guns and shooting with his responsibility as a parent, began scouring for resources to better educate his family on firearm safety. It was during this research phase that Remer was perplexed to discover that though the gun industry supported a few initiatives, nothing specifically suited his needs.

“I realized there really was nothing on the market, except the Eddie Eagle program and Project ChildSafe. Both are great programs but all the give you are pamphlets or a couple of cut-outs,” Remer told Guns.com in a phone interview. “There was nothing that was there that you could just read to your child and teach them about the proper gun safety protocols.” Thus the idea for a friendly, easy to read, illustrated gun safety book was born.

With the Children’s Hospital of Philadelphia reporting nearly 84 percent of unintentional shooting deaths of children occur in the home and a majority of these deaths come as the result of kids playing with guns they find, safety has long been an issue pushed by the gun industry. Remer’s book offers yet another option for parents looking to dive into the “gun talk” with their kids.

Utilizing simple sentence structures and brightly colored illustrations, Safety On is easily digested by children while offering a jumping off point for parents to engage kids on the fundamentals of firearm safety. The book shies away from inflammatory language that could be perceived as right-leaning, instead adopting a more neutral tone that welcomes both gun owners and non-gun owners into its pages.

“I set out to write (the book) for people with guns and people without guns,” Remer said. “Whether you’re on the right side of the aisle or left side, it doesn’t make a difference. The book is solely there to save lives.”

Crafted through in-depth research and with the help of a firearm expert, the process to bring Safety On to life proved a grueling task for Remer who spent nearly five years bringing his creation to life. After half a decade of disheartening rejections from literary agents and publishing companies leery of tackling a gun book for kids, Remer finally found a small publishing house in December 2016 willing to green light the project.

The book dropped onto Amazon’s virtual book shelf in January 2017 and has steadily gained steamed within the industry since. “It’s been very well received. I have picked up some really nice endorsements from some big names in the gun industry,” Remer said.

Though the reception from the gun world has been positive, Remer said that he still sees hesitation on the part of some activists who aren’t sure about the benefits of bringing guns into a conversation with kids.

“What would happen if your child finds a gun at a park or somewhere it’s not supposed to be? Based on the TV and movies that everyone watches, what do you think your child’s going to do?” He said, adding, “You don’t want to have a conversation about guns with your child because you feel that your job is to protect your children so talking to them about something that literally is used to kill, whether it’s in self defense or hunting, to bring that up to a child is a very hard topic; but on the other hand, the reason why you bring it up is to make sure they’re safe as well. To make sure that they understand what firearms can do and how have you to behave around them.”

Remer recently converted Safety On into a full-fledged coloring book, providing yet another platform for children to soak up safety skills.

“(Parents) can read the book to your child and then let them immerse themselves in the educational process by coloring the exact book,” Remer said.

Both Safety On the book and its coloring book companion are available on Amazon. Parents can nab the book for Kindle for $4.95 or in paperback form, with Prime shipping, for $14.95 while the coloring book is available for $12.95.