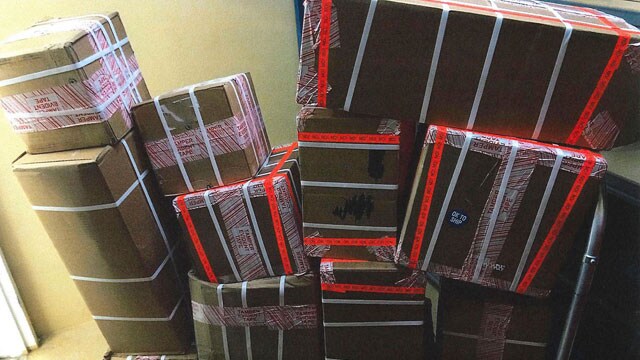 Half of the boxes containing gun parts were found at the Border Patrol station in Arizona, while the other half were found at a personal residence about 60 miles away. (Photo: U.S. District Court)

Agent Jesus Manuel Franco and Agent Edgardo Jose Munoz Cruz were indicted by a federal grand jury in February 2016 on charges of conspiracy to commit an offense against the United States, mail fraud, possession and transfer of a machine gun, and theft of government property. Both have been indefinitely suspended, pending the outcome of the trial.

An investigation was launched in January 2015, after a gun barrel was seen sticking out of a cardboard box that had been delivered to the Willcox Station in Arizona via United Parcel Service. Authorities discovered some $50,000 worth of gun parts in packages at the Willcox Station, as well as an additional $50,000 worth of parts in boxes stacked inside Franco’s garage in Vail, about 60 miles west of the station.

The investigation revealed that from November 2014 to January 2015, Cruz received 47 packages at the Willcox Station containing gun parts. The packages were sent by Franco, who formerly worked as a firearms instructor at the Willcox Station before going to work temporarily at the agency’s armory in Harpers Ferry, West Virginia.

According to court documents, the facility where Franco was working was a holding facility for seized items that were set to be destroyed. Attorney Sean Chapman, who represents Franco, said his client was told by officials at the Customs and Border Protection’s Use of Force Center of Excellence in Harpers Ferry that he could ship the parts to Border Patrol stations in need of them. Chapman described Franco as being “like a kid in a candy store,” surrounded by bins of discarded gun parts. 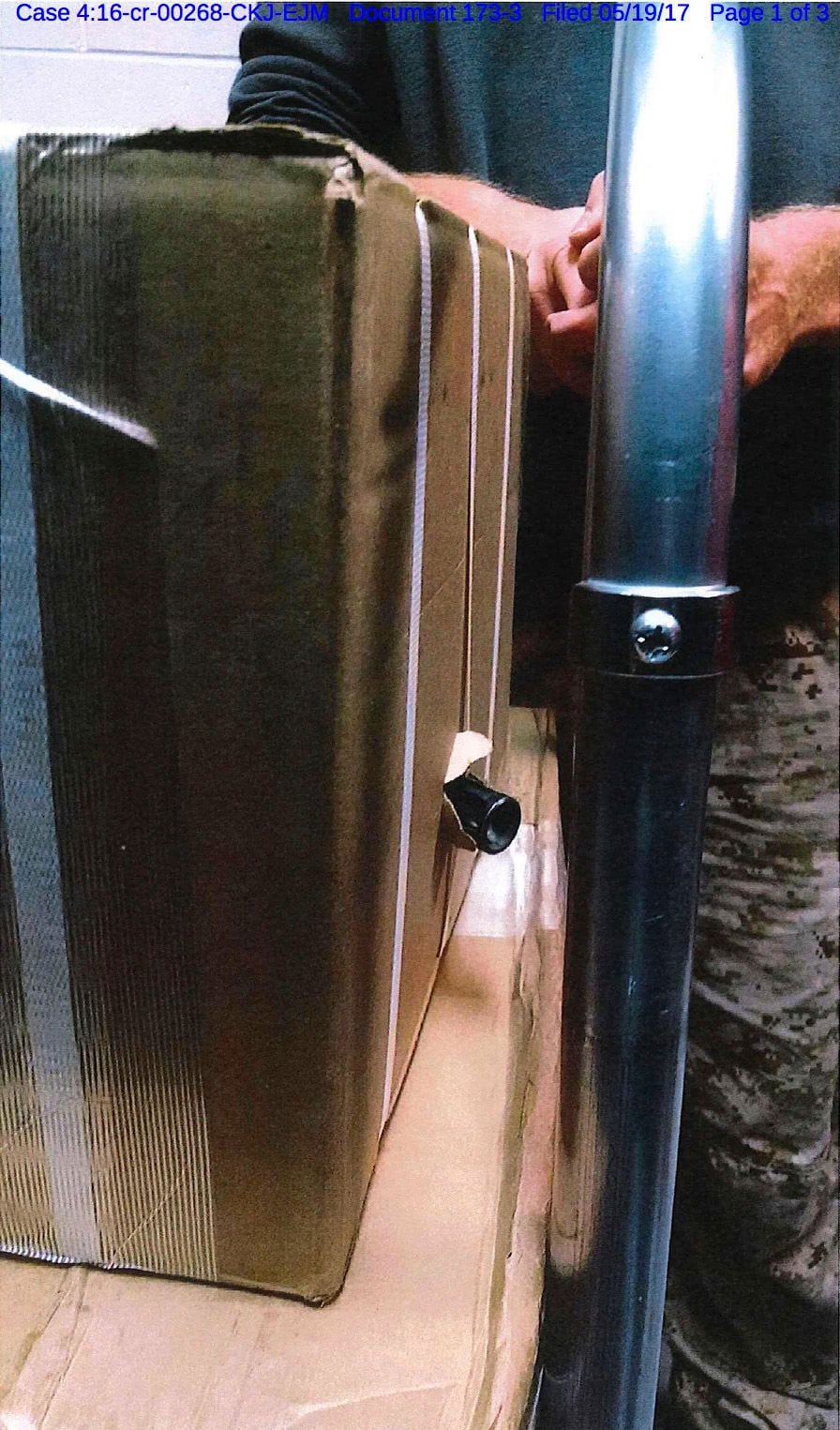 Authorities became suspicious after a gun barrel was seen poking through a cardboard box delivered to the station by UPS. (Photo: U.S. District Court)

However, prosecutors say proper procedures were not followed, and the shipments were unauthorized. Prosecutor Sarah Houston told the jury during her opening statement that the boxes had no business going to the Arizona station, while noting that no one – not even those employed by the U.S. government – is above the law.

Defense attorney Michael Bloom, who represents Cruz, claims investigators found no evidence that either of the agents intended to sell any of the parts or otherwise use them for personal gain. In fact, the defense claims the agents were simply trying to fulfill a need after the Willcox station was stripped of nearly half of its weapons following an agency-wide review. The defense team says the parts delivered to the Willcox station had been discarded by the agency and were – in their present state – inoperable. They say the defendants planned to use the parts to repair firearms for the agents at the Willcox Station.

According to defense attorneys, both Franco and Cruz have fully cooperated with the investigation. In addition, Bloom claims that some of the text messages prove the duo did not conspire to steal from the government, while Chapman said Cruz decided to store the boxes of parts in Franco’s garage because items left at the station were sometimes known to “grow legs and walk away.”