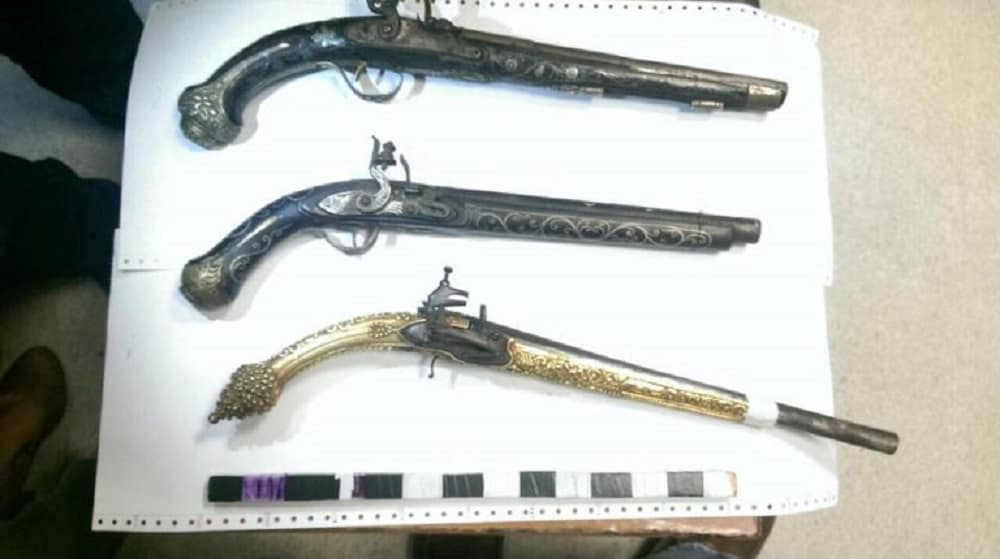 Officials with Egypt’s Ministry of Antiquities thwarted an attempt Friday to smuggle ancient guns into Turkey and have dated the guns to the Ottoman Empire. (Photo: Daily News Egypt)

Egyptian authorities thwarted an attempt to smuggle three ancient guns into Turkey on Friday, according Egypt’s Ministry of Antiquities.

The guns, which date back to the Ottoman Empire, were all set to be illegally transported to Turkey when Egyptian officials stepped in at the Cairo International Airport and stopped the scheme, Daily News Egypt reported.

Hamdy Hamam, the head of the Antiquities Unit at the airport, said that the guns were determined to be rare, ancient relics after being examined by experts.

The foiled smuggling plot came just a few days after officials prevented an attempt to illegally transport Ottoman Empire coins to Saudi Arabia. The coins were said to have dated back to the King Farouk I era.