Man accused of blowing up home to hide wife’s murder 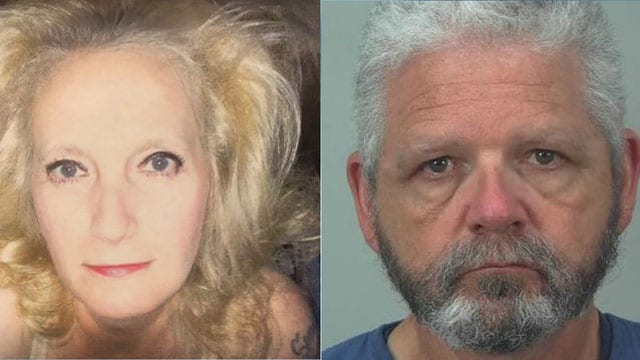 Lee Anne Pirus (left) and Steven Pirus (right) had been married for 20 years before Lee Anne was killed in the couple’s home several weeks ago. (Photo: Madison Police Department)

A man is facing numerous charges after he allegedly shot his wife, then – several weeks later – tampered with gas lines in order to cause an explosion at the couple’s Madison, Wisconsin, home to cover up the crime.

Steven Pirus, 59, was arrested Friday and charged with first-degree homicide, arson, and reckless endangerment, according to a statement from the Madison Police Department. Police say the reckless endangerment charge stems from the fact that the explosion he is accused of causing put nearby neighbors at risk.

The explosion occurred September 13, and the body of Pirus’ wife, Lee Anne, was not discovered until two days later. Five pets belonging to the couple were also found in the rubble, according to reports from local media.

After his arrest, Pirus admitted to investigators that he shot his wife sometime between July 30 and August 12, then last week tampered with a gas line in the basement and the pilot light on a water heater to cause the explosion, which authorities described as “hellacious.” Prosecutors noted that Pirus had a bag packed with his valuables on the day of the explosion.

However, Pirus also claims he killed his wife because she wanted to commit suicide but was unable to take her own life. Pirus said he pulled the trigger only after she asked him to, but authorities aren’t necessarily buying Pirus’ pitch.

“I suspect he’ll try to show himself as a humanitarian trying to help his wife and we’re going to show what we believe is a cold, calculated killer,” Madison police Chief Mike Koval told reporters before Pirus revealed his alleged motives.

Local criminal defense attorney Tim Kiefer said that in his more than 10 years of practice, he’s never seen anything quite like this, but he also said the details surrounding the case, thus far, don’t exactly line up with a typical assisted suicide.

Nonetheless, Koval said they will remain objective throughout the investigation, which is being conducted by both local and federal authorities, and will not rule out any possibilities. As part of the investigation, authorities will look into the couple’s financial records, as well as whether there were problems in the marriage or mental health issues.

Because the court considers him a flight risk, Pirus is being held on a $1 million cash bond. If convicted, he faces a minimum of 20 years in prison with the possibility of life imprisonment.