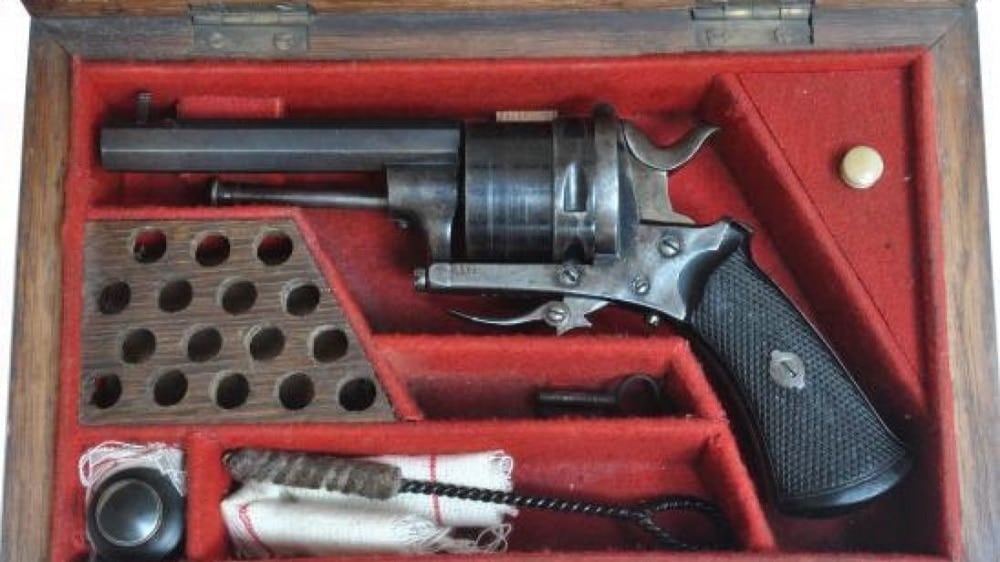 An underground United Kingdom arms dealer has been sentenced to 22 years in prison after using the dark web to deal guns and ammunition to crime syndicates.

Sky News reported that Umair Khan, using the alias cheek0412, bought large numbers of custom-made explosives, stun guns, and ammunition from outside the U.K. and was arrested on Feb. 20 after trying to buy a grenade from a law enforcement officer.

After purchasing the materials, Khan would then sell the ammunition and explosives to crime groups, pairing the ammunition with antique firearms purchased from legal firearms dealers and auctions.

When Khan attempted to have a grenade delivered to his home in Birmingham, officers intercepted the package, replaced the explosives with a non-explosive substitute, and then allowed it to be delivered.

When conducting a search of Khan’s property, officers also found 15 rounds of ammunition and four revolvers.

Khan was linked to the purchases of more than 50 revolvers and 1,600 rounds of ammunition over the course of two years, but law enforcement officials suspect he was involved in a slew of other cases.

Another man, Nazim Hussain, helped store and deal the firearms and was sentenced to nine years in prison. The judge said both men were part of the “premier league” of underground gun dealers.