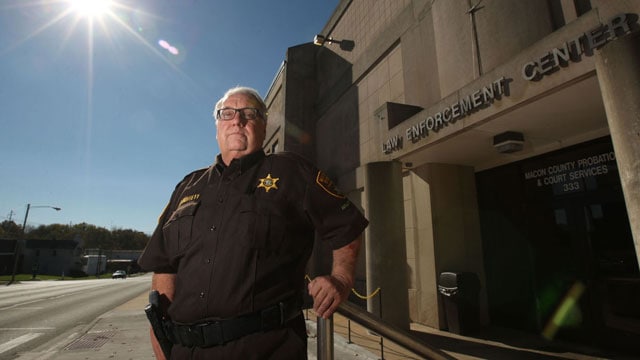 Macon County, Illinois, has a new sheriff in town, and he’s definitely not in it for the money.

Howard Buffett, 62, son of billionaire investor and philanthropist Warren Buffett, has been the county’s undersheriff for the past three years, but began his role as interim sheriff this week.

Buffett started the week off with a bang by donating more than $700,000 to the Boys & Girls Club of Decatur as part of his goal to give area kids a safe place to grow and thrive.

“The most important thing is to give kids an opportunity to look at what they want to do in the future that doesn’t happen when they are watching TV at home,” Buffett said.

Hopes are high for the interim sheriff, who completed more than 3,300 hours of training and patrol over the past three years, and said he looks forward to serving the citizens in a broader capacity. In fact, Buffett’s famed father said, “Whatever Howie takes on he’ll do well,” also noting that his son has “unlimited energy.”

Likewise, over the last two decades, Buffett’s charitable foundation has donated more than $55 million to the area, which is located about 170 miles southwest of Chicago.