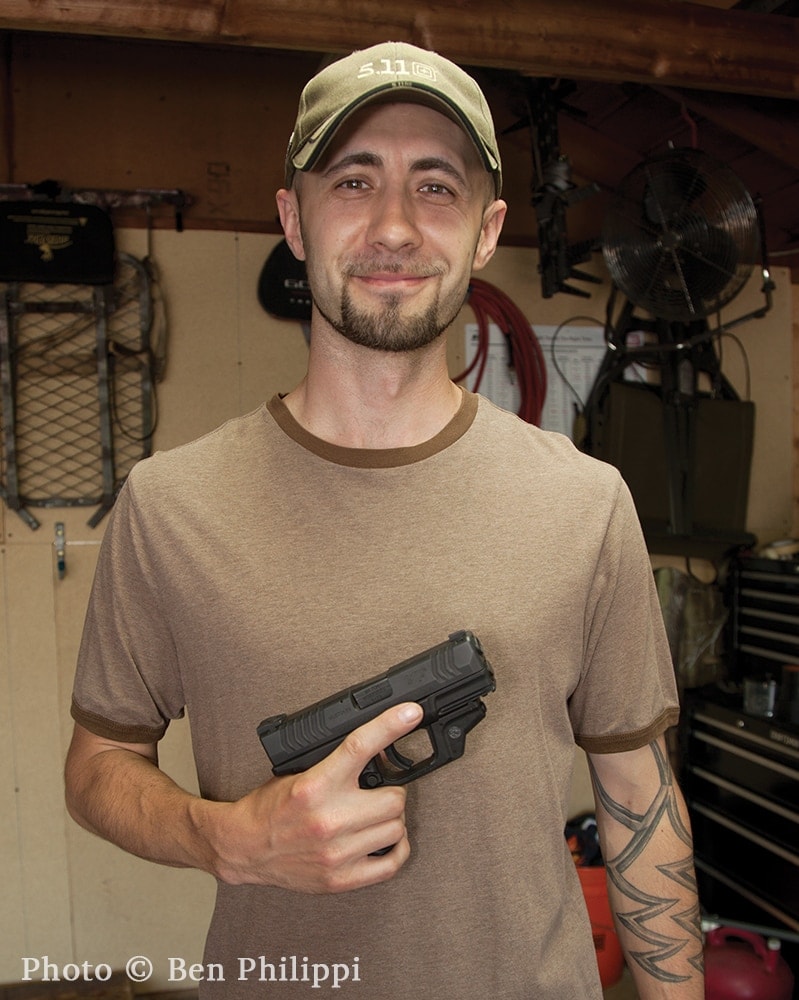 On March 13, 2013 at 4 in the morning, Charlie Blackmore used his carry weapon to likely save a women’s life in Milwaukee, Wisconsin. He was regarded as a hero by then Milwaukee Country Sheriff David A. Clarke Jr.

On a cold March morning, I was driving home after a 12-hour shift. As I came to a stoplight, I noticed a woman being assaulted on the side of the road. She was lying in a fetal position, completely helpless underneath a large man.

Little did he know, he was about to be confronted by a tired and now agitated Marine with 13+ means of giving him a dirt nap.

I parked my car and approached the scene to assess the situation. The perp was vulgar and advised me to mind my own. I reciprocated that I too am quite fluent in the ‘french’ language, and was not leaving. Now knowing that this was not going to  be a peaceful discussion, I began to mentally prepare for the inevitable: a fight with a much larger adversary.

As he took his first step towards me in the fresh untouched snow, he initiated his intentions as the aggressor. Adrenaline now rushed into my system, and I was given the power of suspended animation to make a move before his next step. If the perp gets to me, it’s end game for the victim, I thought. I was now liable to display my equalizer in this situation, and I did.

Seeing my weapon, he never made another move in my direction. He shook his head in denial and chuckled. Game over! No one else was going to get hurt, except him. It was his decision now if he lives or dies.

The moment I decided to intervene, that woman’s pain stopped, and I very possibly saved her life. It is up to us to make sure our rights stay intact. My oath still stands: We The People affirm – don’t tread on us or we will tread on you.