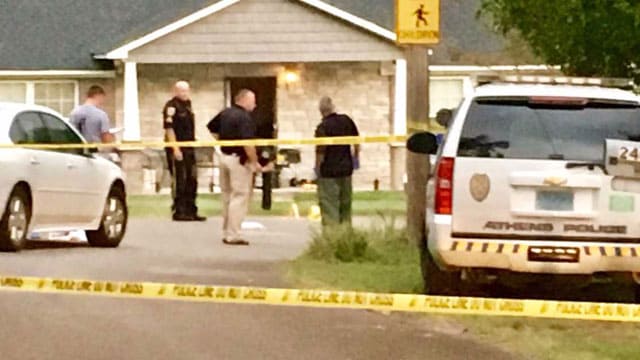 A 29-year-old man was shot and killed outside of a home in Athens, Alabama, early Sunday morning, but police say the shooting appears to be an act of self-defense.

According to reports from the Decatur Daily, Carter showed up at the home around 4 a.m. to confront the woman about her new boyfriend. Athens Chief of Police Floyd Johnson did not say who lived at the home, but confirmed that it did not belong to either the female or Carter.

After Carter arrived, Johnson said an argument then ensued and turned to violent proportions when Carter opened fire on his ex and her new beau, who were on the porch at the time. The new boyfriend went inside the house, grabbed a pistol, and returned fire, striking Carter multiple times.

When police arrived on the scene, they found Carter lying on the street in front of the home. He was pronounced dead at the scene. The woman was suffering from a gunshot wound to the leg, while her new boyfriend had been shot in the arm. Both were transported via ambulance to a local hospital, where they received medical treatment and were later released.

Johnson told reporters he does not expect charges to be filed against the woman’s current boyfriend, as it appears he acted in self-defense.

“Right now, that’s where our minds are,” Johnson said. “But, we’re going to let someone else look at it. When this case is completed, our department will give a copy to the district attorney’s office.”

The district attorney will then have the opportunity to determine whether charges are appropriate. Johnson called the couple “victims” and said, as such, he would not release their names.