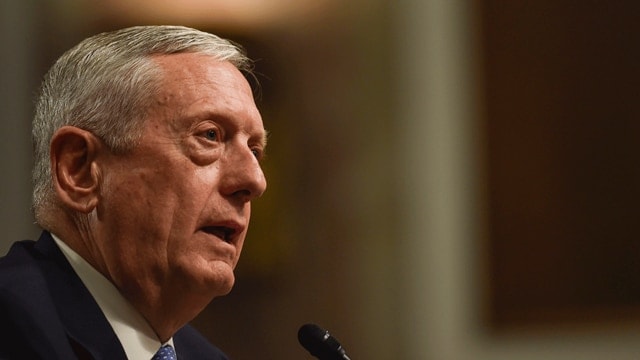 The Pentagon on Monday released an interim guidance drafted by Defense Secretary James Mattis that outlines the military’s temporary policy for transgender troops.

The guidance takes effect immediately and will be in place until no later than Feb. 21, according to the guidance.

In July, President Trump announced a ban on transgender troops in the U.S. military, drawing outrage and confusion from several of the estimated 7,000 transgender troops serving, and spurring lawsuits from active duty service members.

“First and foremost, we will continue to treat every Service member with dignity and respect,” begins the guidance from Mattis.

During the interim period, transgender individuals will not be able to join the military, according to the document. Transgender troops who are already in the military will still be able to serve, and will be allowed to re-enlist and continue service if their term expires while the guidance is in effect.

“Transgender Service members are subject to the same standards as any other Service member of the same gender; they may be separated or discharged under existing bases and processes, but not on the basis of a gender dysphoria or transgender status,” the guidance says.

If a service member is diagnosed with gender dysphoria in the next few months, they will be eligible for treatment. Still, the guidance reiterated that no new sex reassignment procedures will be permitted after March 22, something Trump outlined in a memo last month. The military will make an exception, when it’s necessary to “protect the health of an individual who has already begun a course of treatment to reassign his or her sex.”

In February, when the guidance expires, Mattis will present the president with a new plan that falls in line with Trump’s directive.