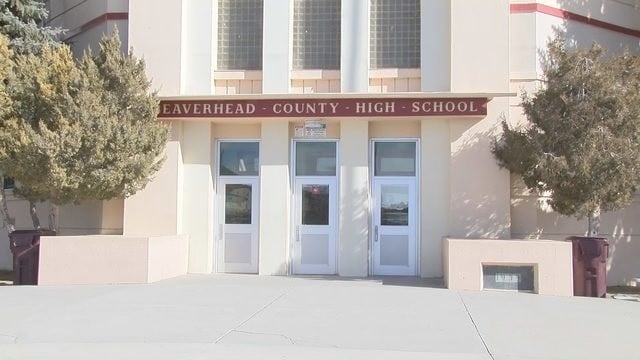 Two Montana high school students were arrested Monday for bringing guns to school, forcing the school to go on lockdown and then be evacuated.

The school was then put on lockdown and police called to the premises. After questioning the two students, police located two loaded revolvers inside the students’ backpacks, and the school was immediately evacuated. No one was hurt during the incident.

Canines were brought in to do a sweep of the school but no explosives were found on the property. Guiberson said the sweep was just precautionary.

“I absolutely do not feel like we have any threat whatsoever. But just as a precaution, in this day and age, I want everyone to feel safe,” Guiberson said. “Our officers are doing their due dilligence and Montana State as well as the Highway Patrol are assisting. When kids are involved, people really step up.”

The two students were booked Monday and charged with criminal endangerment and possessing a firearm in a school building. A judge set bail Tuesday at $50,000 for each of the two students, who were still in custody at a juvenile detention facility.

Classes resumed as normal at Beaverhead on Tuesday. The scare came just days after a shooting at a rural high school in Washington state, in which a student fatally shot one person and injured three others.