ATF: We will stay in hurricane impacted regions until "things are stabilized" 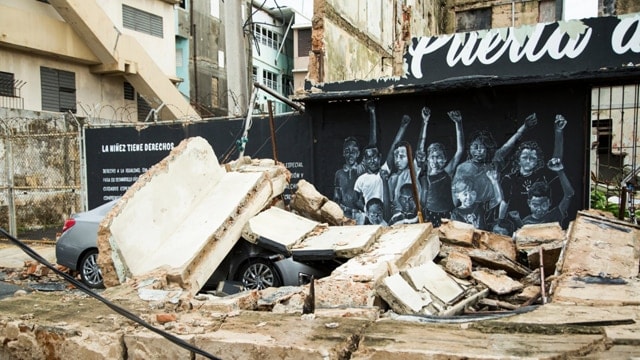 Government agencies entrenched in rescue and recovery efforts in hurricane-impacted areas said Thursday agents will remain in these regions “until things are stabilized.”

Some 3,200 workers were already on the ground in Puerto Rico Wednesday as Hurricane Maria — the second major storm to pass through the Caribbean this month and the strongest to hit the island in nearly a century — dumped three feet of rain and destroyed the power grid, leaving more than 3.4 million residents in the dark.

“We have a lot of flooding,” Puerto Rico Gov. Ricardo Rossello told CNN Thursday, noting at least a dozen people had died there during the storm, so far. “There was a major disaster here in Puerto Rico.”

Maria comes two weeks after Hurricane Irma tore a similar path through the Caribbean, killing more than two dozen and leaving the island nation of Barbuda a pile of rubble. A week before Irma, Hurricane Harvey drenched Texas’s gulf coast in more than four feet of rain, causing unprecedented flooding in the Houston area.

The ATF and federal agencies have deployed approximately 500 workers to Puerto Rico, the Virgin Islands and Florida, with another 500 on stand-by as needed — all part of ESF-13, an emergency response plan of action implemented by the Department of Justice.

“ATF, leading through ESF-13, continues to coordinate security functions for search and rescue and recovery efforts in all impacted areas affected by Hurricane Irma,” Joshua Jackson, an ATF spokesperson, told Guns.com Thursday.  “These same efforts continue now with Hurricane Maria. ATF, and it’s many federal partners, will remain in the impacted areas until things are stabilized.”