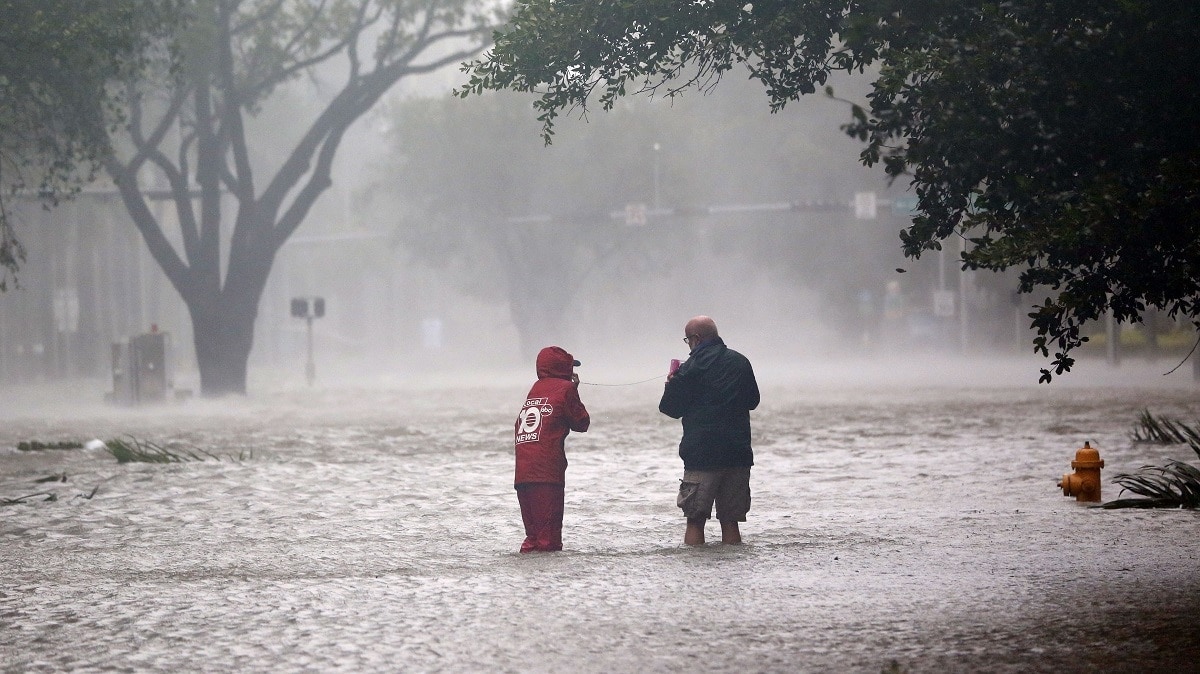 Dealers in Georgia and Florida reported 83 guns missing in the aftermath of Hurricane Irma earlier this month.

Joshua Jackson, an ATF spokesman, told Guns.com Thursday the agency recovered 17 firearms stolen from one federally licensed dealer in Georgia during the storm. Agents are still tracking another 66 guns taken from three different stores in north and central Florida, he said.

“ATF and its local law enforcement partners continue to vigorously investigate these crimes and will hold persons responsible fully accountable,” Jackson said. “The core mission of ATF is public safety and reducing violent crime, ATF will have no tolerance for those who commit these crimes and take advantage during recovery efforts from natural disasters.”

Hurricane Irma, one of the strongest storms ever recorded in the Atlantic Ocean, whipped through the Caribbean Sept. 6 before making two landfalls in the United States five days later — once in the lower Florida Keys and again on Marco Island, 18 miles south of Naples. The massive storm packed 130 mile per hour winds, 10 foot storm surges and a rotation of winds more than 400 miles wide. More than 3 million residents lost power across the state, including up to 90 percent of Miami. At least 84 deaths have been blamed on the storm.

It’s the second of three major hurricanes to batter the southern U.S. and Caribbean in less than a month. Hurricane Harvey stalled over the Texas Gulf coast for five days in August, drenching Houston and surrounding areas in more than four feet of water. The ATF deployed SRT agents to the city to bolster security at federally licensed gun dealers vulnerable to looting. Hurricane Maria tore through Puerto Rico Wednesday, with sustained winds of 155 miles per hour — strong enough to wipe out the island territory’s power grid and weather and communications systems.

As Irma barreled toward Florida, the agency wasted no time warning dealers and owners alike to move their inventory to safer, drier ground.

“In the storms, we’ll go back to (Hurricane) Harvey, where again, people are taking advantage of the fact that there’s no on in the home,” ATF Special Agent Daryl McCrary told the ABC affiliate in Orlando earlier this month. “They’re going out, sometimes in the midst of the storm, or very soon after the storm, and they’re looting.”

Nicole Strong, an ATF spokeswoman, told Guns.com last month six Houston-area dealers were burglarized during the storm, but only four lost inventory for a total of 109 firearms taken — a success compared to the 1,102 guns stolen from more than 30 dealers in the aftermath of Hurricane Katrina 12 years ago.