Longtime Chicago anti-gun advocate explains why she now carries one 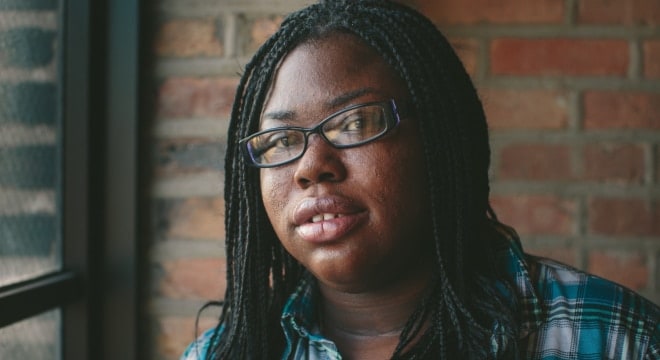 A former gang member turned gun control champion has stepped down from many of the organizations she once supported and now legally carries a handgun.

Camiella Williams, 29, told WBEZ Chicago for NPR’s All Things Considered how her life has pivoted between poles when it comes to gun politics.

A former gang member, Williams says she bought her first gun when she was only 12 for $25 on the streets and lived a rough life until, at age 18 and pregnant with her son, she moved to a safer neighborhood in the suburbs. Along with getting her GED and starting college, Williams began to advocate for increased gun laws, citing the loss of more than 20 of her friends and relatives in fatal shootings as a driving force.

Besides appearing on local stations, she spoke in Washington and California and appeared nationally on MTV. U.S. Rep. Robin Kelly, D-Ill.,  held Williams up as an example of community activism. Essence, People, The Trace and Vice all profiled her work.

But following the death of her 21-year-old cousin in a homicide last summer, Williams began to distance herself from the groups.

“I don’t think people understand because they tell me, Camiella, keep fighting,” she says. “You’re doing a good job. Keep speaking. We hear you. But to me, in my heart, do you really hear me? I don’t think nobody hear me.”

Working on her master’s degree, Williams says it is hard to find empathy with gun violence survivors.

“These parents that I’m helping – their kids got killed. How do I know that your kid ain’t killed my people? How do I know,” she said.

She also obtained a concealed carry permit and a handgun.

When questioned about the curious balance between her past advocacy and her newfound move to concealed carry, Williams says, “The people that will probably say that live in safe communities, never experienced the losses that I’ve experienced. To me, it’s like, I’m not going to die.”

However, she also has pause.

In a recent incident in which her son, now 11, was shot with a BB gun by an 18-year-old while riding his bicycle, Williams addressed the teen’s mother who in turn threatened violence, but, instead of further escalating the situation, Williams walked away.