Outrage as German weapon pops up on Kalashnikov's new monument 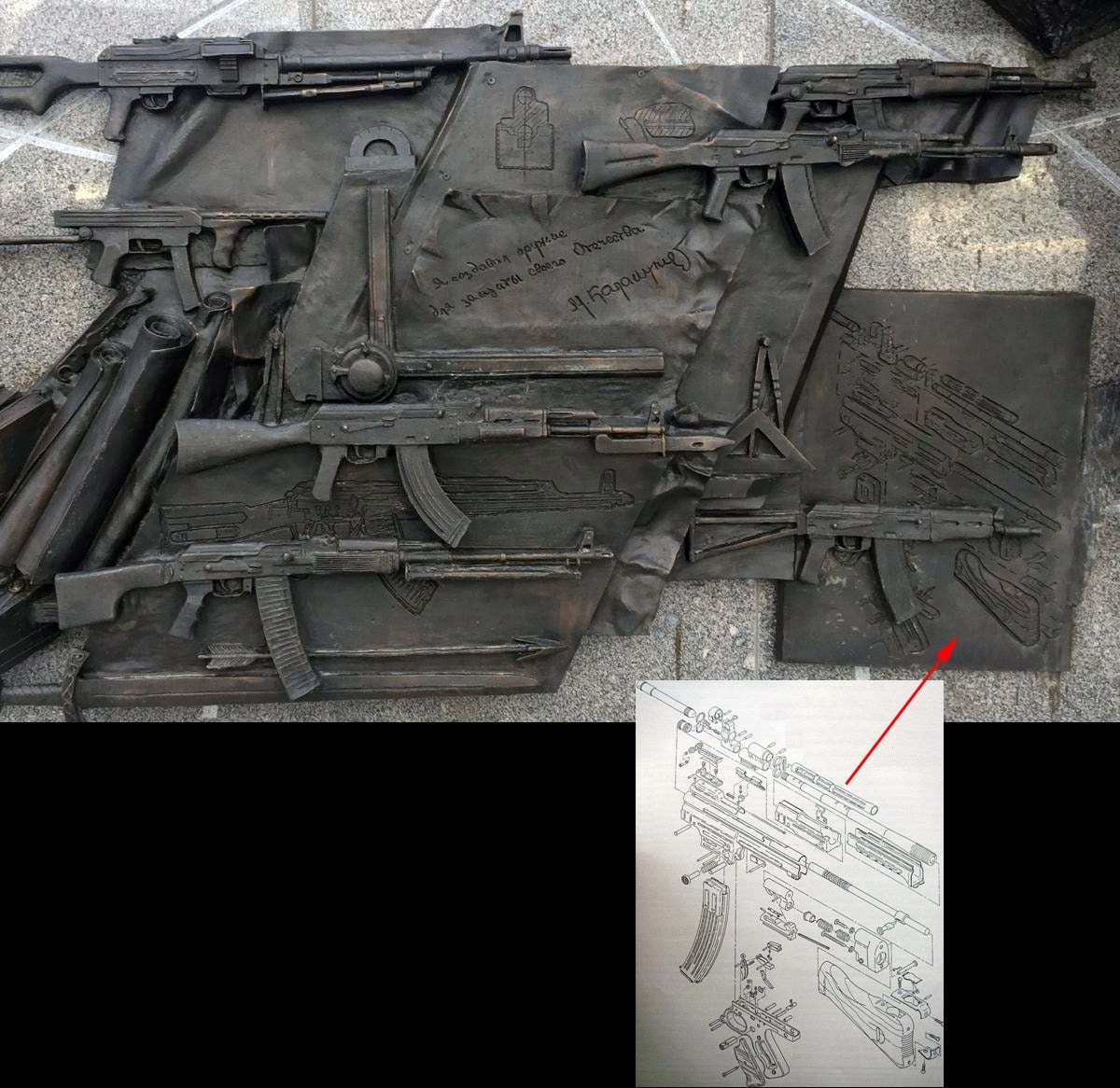 In the latest installment in the 70-year running argument in the “AK was based on the StG” fracas, Mikhail Kalashnikov’s new monument may include a Sturmgewehr.

As reported earlier this week, a sprawling monument to the late firearms engineer was unveiled in Moscow. Besides a nearly 30-foot high statue of Kalashnikov, the base of a monument to St. Mikhail, the Orthodox patron of gunsmiths and warriors, contains a representation of several of the engineer’s designs including an AK42 sub gun, AK47, AKM and AK74 rifles, as well as RPK and PK machine guns.

However, as noted by some sharp-eyed firearms enthusiasts and reported by Russian-based Kalashnikov magazine, just under a Krinkov AKS-74U is what appears to be the parts diagram for a German StG-44 Sturmgewehr.

For those not familiar with the ongoing debate, German firearms wonk Hugo Schmeisser, responsible for inventing the MP18 Bergmann submachine gun and the StG44 among others, spent six years on a vacation he could not decline in the Soviet Union after the end of WWII. The fact that he was there while Kalashnikov was finishing his AK47 has produced any number of lingering arguments that Schmeisser may have had a hand it the famous rifle’s design.

That view is not widely subscribed in Russia, causing understandable heartburn in some firearms circles there over the apparent monumental gaffe.