Robber shot with own gun, which jammed when he tried to shoot back 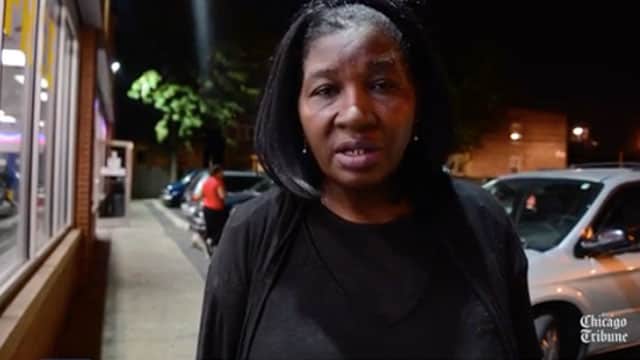 Chicago resident Marnita Carter was targeted for an armed robbery while waiting at the bus stop early Saturday morning, but the suspect was the one who ended up getting shot.

Carter, 54, said she was waiting for the bus when the suspect, 23-year-old Dennis Evans, walked up to her, stuck a gun in her face, and demanded she hand over her valuables. Carter refused. Instead, she struggled with the suspect, eventually got the gun from him, and fired a shot, which struck Evans in the hand.

Carter later told police Evans reacted by saying, “(Expletive), you shot me with my own gun. Now I’m gonna shoot your (expletive).”

Evans got his gun back, but when he tried to shoot Carter, who had been knocked down on the sidewalk during the struggle, the gun jammed. Evans ran away, and Carter, who was so shaken by the incident she could barley speak, thanked God.

“I was shocked that it didn’t go off again,” Carter said. “It was the Lord — that’s what it was.”

A short time after the robbery gone wrong, police located Evans at his mother’s home, about four blocks away from the bus stop. He was arrested and is being held without bail.