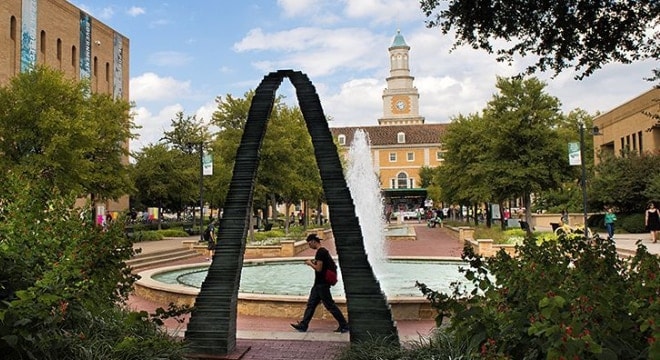 “We have had no incidents since the law passed or since the law went into effect of criminal acts by license-to-carry holders,” UNT Police Chief Ed Reynolds (Photo: UNT)

With a full year of the Lone Star State’s new campus carry law in the rear view, the University of North Texas has little trouble to report.

Officials with the public research university in Denton, with a 2016 enrollment of nearly 38,000 students, explained to local media that the once-controversial new law trimming gun free zones at state-funded colleges and universities for those with a carry permit hasn’t changed life on campus.

The Record-Chronicle found similar results at Texas Woman’s University, another public university in Denton with an enrollment of 15,000.

Signed by Republican Gov. Greg Abbott two years ago, SB 11 gave public four-year colleges and universities in Texas a year to establish local policies to allow guns on campus to best fit their needs while complying with the law.

The reports from Denton echo those from the University of Texas system, where the Austin American-Statesman found the college had only one police response linked to campus carry in the past year– that of a student posing in the school library for a newspaper photo.

Supporters of the law, which included law enforcement lobby groups and Second Amendment advocates, have pointed to the fact that, despite protests and a failed federal lawsuit, compliance costs were far less than expected and there have been few reported incidents in the state’s four-year colleges and universities in the past year involving campus carry.