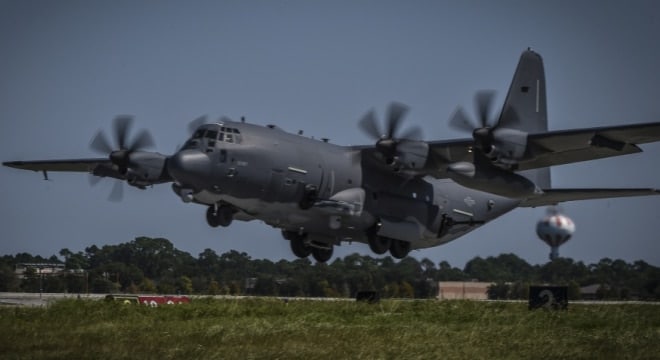 Boasting an airborne weapon suite that includes a 105mm howitzer for those special moments, the Air Force’s newest gunship, the AC-130J Ghostrider, is almost ready to clock in.

Although the service has used armed C-130s since Vietnam, the latest variant is about to receive initial operating capability– rated ready for combat– as reported by DoD Buzz though Air Force Special Operations Command chief Lt Gen Brad Webb cautions it may still be two years before it deploys.

The service received their first Ghostrider models last year in a bid to replace older gunships of the AC-130H Spectre, AC-130U Spooky, and AC-130W Stinger II variants by 2025. The Ghostrider is a fourth-generation gunship with updated engines, sensors, countermeasures, and controls as well as a Precision Strike Package that gives it the ability to drop GPS-guided GBU-39 Small Diameter Bombs and AGM-176 Griffin laser-guided missiles.

While some older versions of the AC-130 carried 20mm and 7.62mm guns, as well as 40mm cannon, Ghostrider packs a 30mm cannon and a 105mm howitzer. Some are planned to be equipped with a high-energy laser.

Also, while legacy aircraft needed a crew of as many as 14, Ghostrider flies with just nine.

Earlier this year, a Ghostrider named Angry Annie fired her 30mm and big 105mm weapons for the first time during a training mission over Eglin Range in Western Florida on the lead-up to IOC. 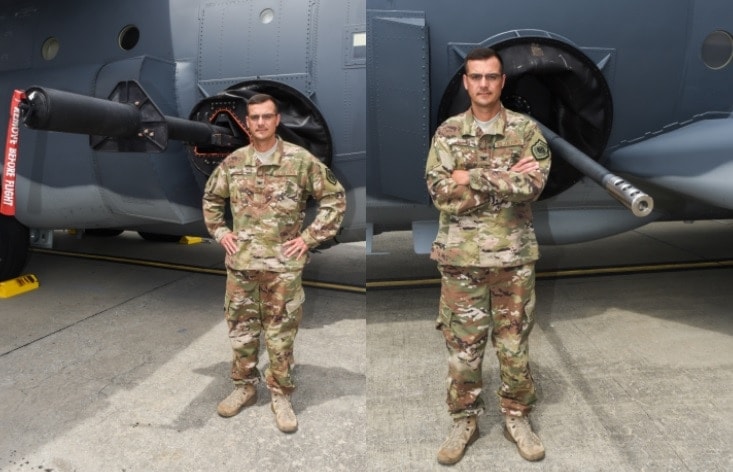 The 105mm and 30mm compared, respectively 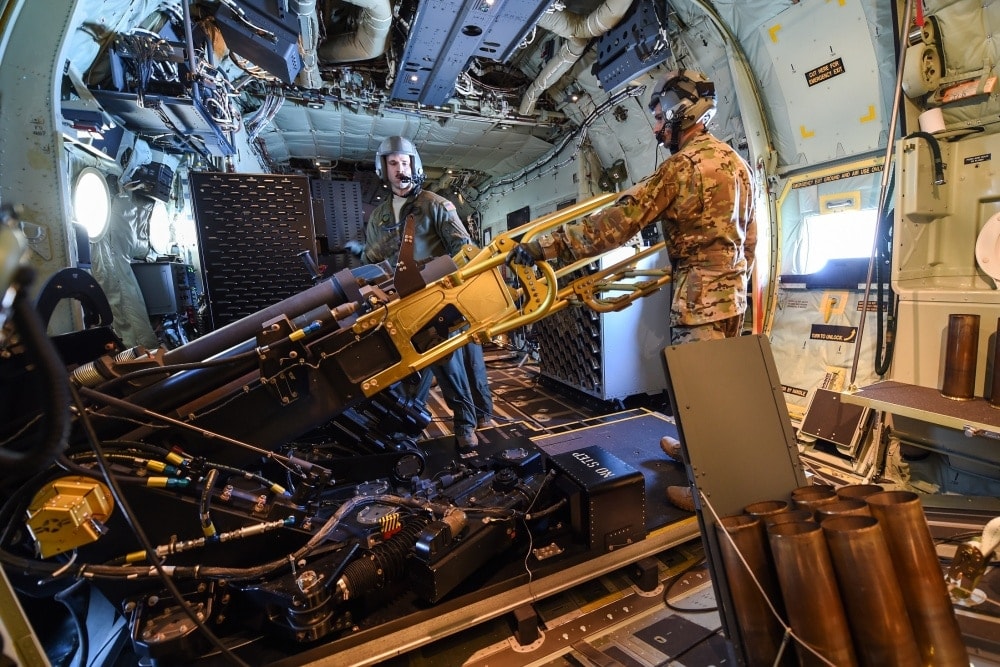 For reference, the 105mm howitzer recoils back 49 inches into the interior of the converted cargo plane when fired, generating 14,000 pounds of force. 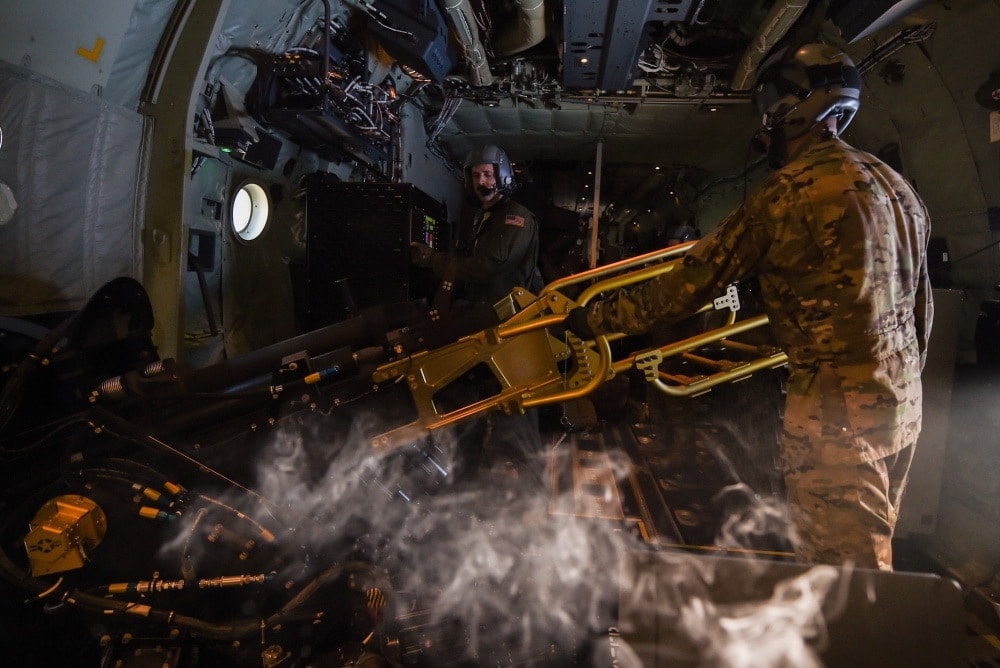 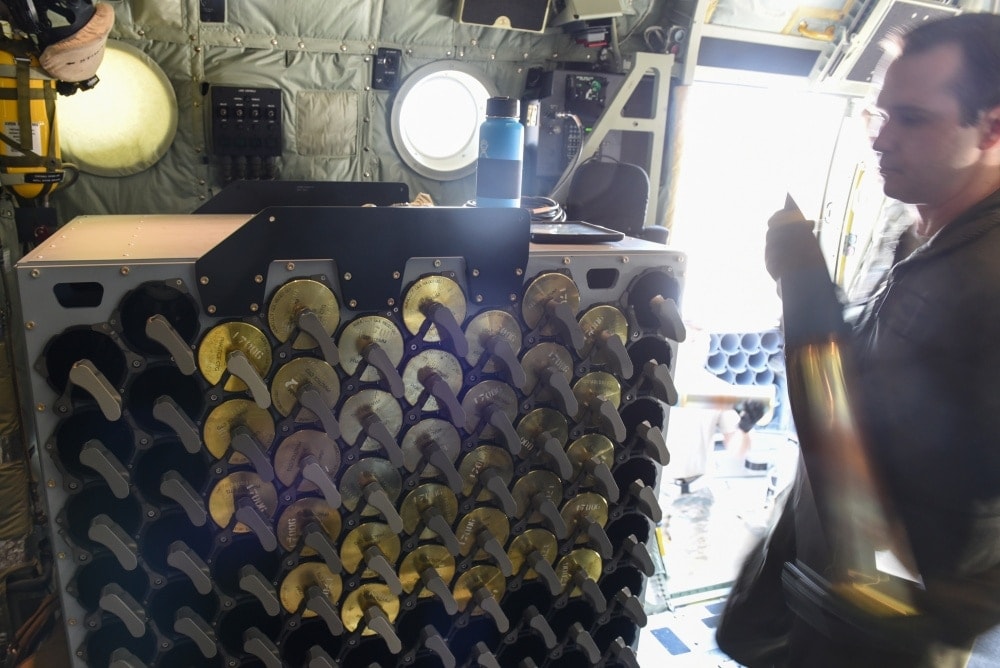 The 105mm shells weigh 50 pounds and contain more than 32 pounds of explosive. 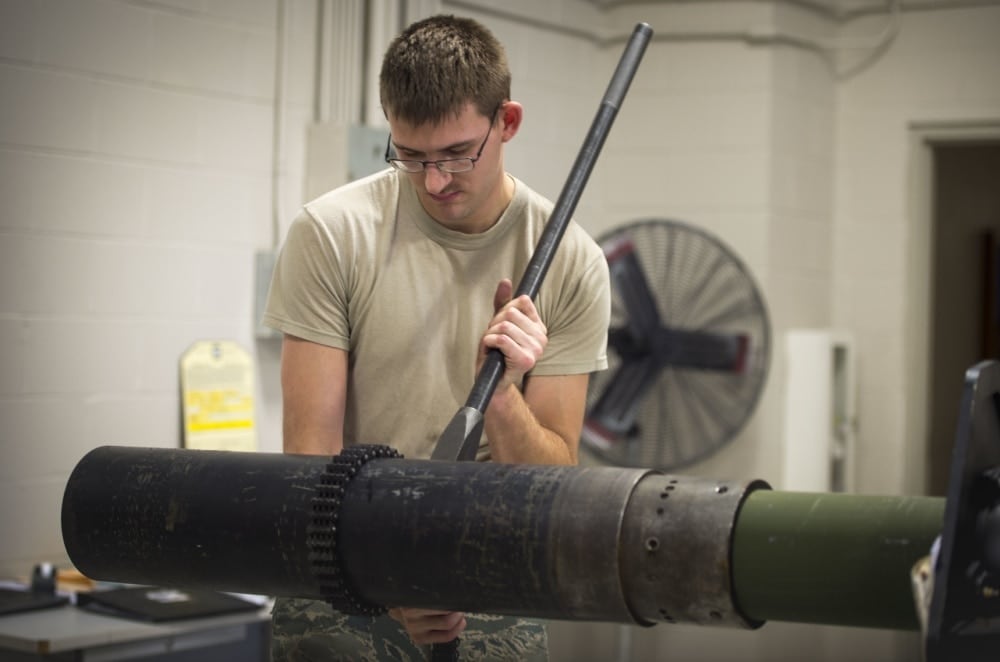 The 105mm uses a large blast diffuser mounted at the muzzle, needed due to the weapon’s proximity to the fuselage

The chain-fed 30mm cannon at work

A total of 37 Ghostriders are to be acquired over the next decade.