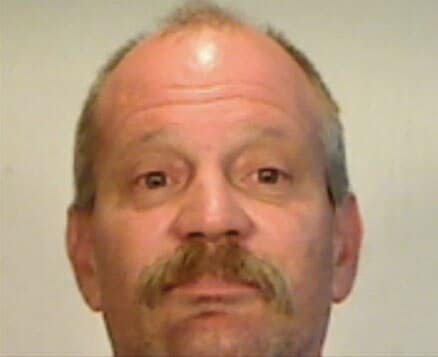 A feud between neighbors in Key West over a parking spot Monday evening ended with one man in jail after he allegedly pulled a gun on the other man.

Todd Palenchar, 48, is charged with aggravated assault with a deadly weapon, which is a felony, as well as a misdemeanor drug charge stemming from a marijuana pipe.

According to the Monroe County Sheriff’s Office, the dispute started around 6 p.m. after a resident parked his vehicle in front of Palenchar’s house. The man said Palenchar confronted him about his parking choice and during the confrontation, Palenchar allegedly pointed a handgun with a laser at the man.

When deputies arrived, Palenchar admitted to having a handgun, but claims he kept it tucked away in his waistband and only lifted his shirt to expose it during the confrontation. Palenchar said he never actually aimed the gun at his neighbor.

Deputies searched Palenchar’s home and found several firearms, including a handgun with a laser that matched the description given by the neighbor. Deputies also found a pipe with marijuana residue in Palenchar’s house.