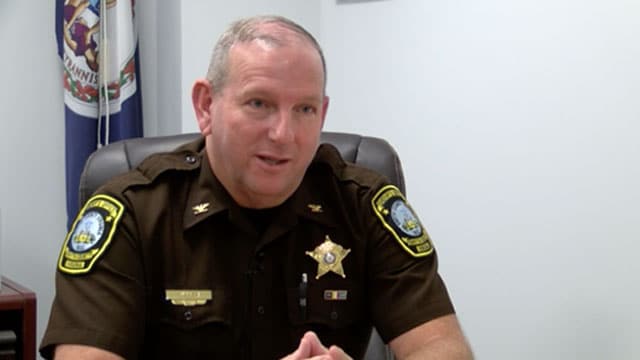 A Virginia sheriff responding to the deadly church shooting in Nashville over the weekend has decided to waive the fee for concealed carry permits with the hopes that his constituents will arm up.

Smyth County Sheriff Chip Shuler said Monday in a statement that his office will waive the $35 fee indefinitely beginning Oct. 2 and will offer free concealed carry classes starting in November.

“In a time when it seems that we are under attack by domestic and international threats I am concerned that our safety is at risk due to acts of violence such as the event in the church outside of Nashville this past weekend,” he said.

Shuler’s announcement brings attention to the armed citizen who is credited with stopping the gunman who killed one person and injured six others Sunday morning in Antioch, Tennessee. According to Nashville authorities, the citizen subdued the shooter by tackling and fighting him before retrieving a gun from his car and holding him until police arrived.

“The situation in Antioch is a prime example of how a reaction can save lives,” Shuler said, noting that it could take law enforcement several minutes to respond during such acts of violence and even longer in more rural areas. He said sometimes armed citizens can be the difference in life and death.

But Shuler isn’t the first sheriff to waive the concealed carry fee after an act of violence. In fact, he said his plan was set in motion after seeing sheriffs in Washington and Tazewell counties doing the same.