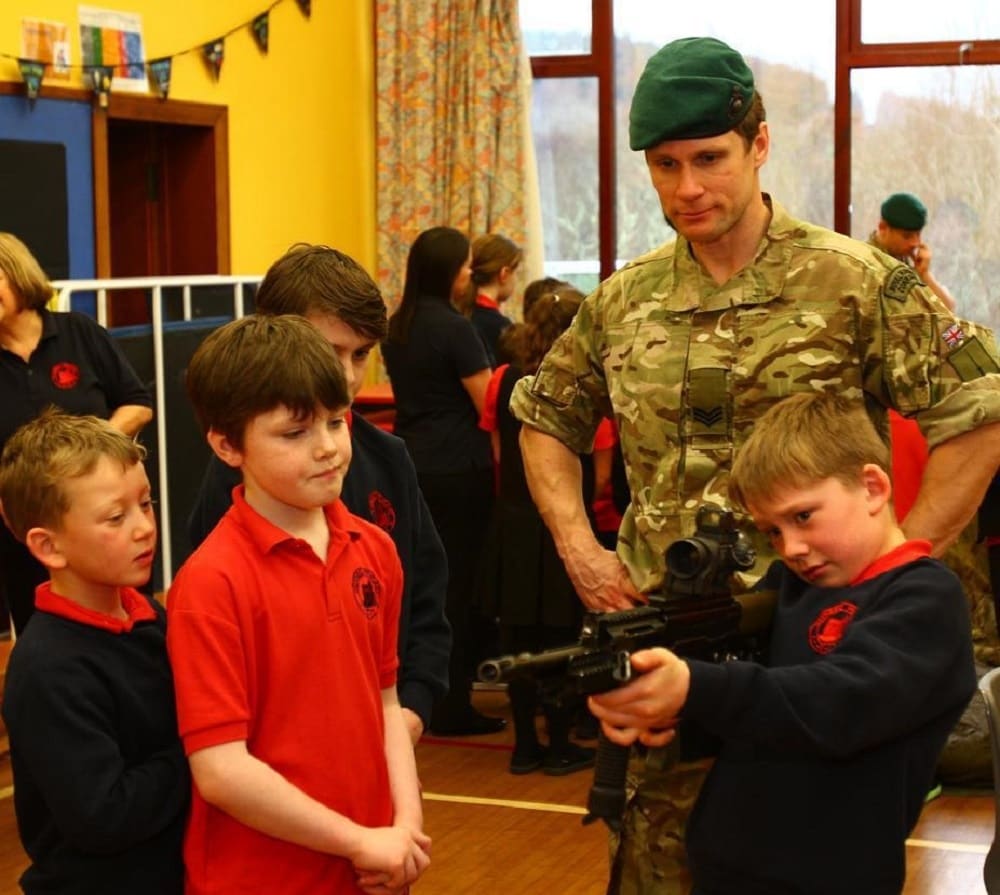 A Royal Marine shows his unloaded firearm to students during a previous visit. (Photo: The Scottish Sun/Kevin McGlynn)

The commandos were told to leave their weapons outside Dunbeg and Rockfield primary schools in Oban, Scotland after a parent complained and school officials decided to change the policy, the Scottish Sun reported.

The Marines were visiting the schools as part of an annual tradition that honors local Marine Gordon MacPherson, who was killed in the Falklands War in 1982 at just 20-years-old.

Some Oban officials condemned the move to prohibit showing the firearms as a “knee-jerk reaction” and said they plan to further investigate the ban.

“I’m extremely disappointed — do they want the Royal Marines to sit in a corner and sing Kumbaya?” said deputy provost Roddy McCuish. “You’d expect them to have weapons. There’s no live ammunition, they’re highly-trained professionals.”

Another official, Jamie McGrigor of the Tory Party, said he was “horrified” and added: “This is the nanny state and political correctness undoing what has become a tradition in memory of one of their brave sons.”

Donald Kelly, McGrigor’s colleague, noted that having the Marines show up without their firearms would give children a false impression.

“It’s like a fireman not turning up with a fire engine and hose,” Kelly said. “Kids are well aware of weapons, the world is too politically sensitive.”

School officials had sent letters to parents informing them of the Marines visit and noting that students did not have to attend the event.

Capt. Andy Bryce, Adjutant at 45 Commando Group, said the Marines simply spoke to the students about life in the military. School officials did not say who made the decision regarding the gun ban.