Stoeger joins new line up of guns at Gander Outdoors 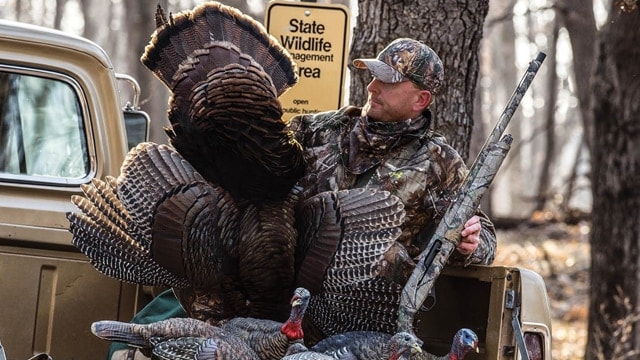 Stoeger and sister company Franchi come aboard as the former Gander Mountain reorganizes under CEO Marcus Lemonis’s new vision for the outdoor retailer,  including a larger assortment of guns at better prices. (Photo: Gander Outdoors/Twitter)

Stoeger will join the refreshed line up of firearms promised at the new Gander Outdoors locations — some slated to open as early as November.

The gun maker, included under Benelli USA’s umbrella of brands, says it offers “a complete line up of shotguns and gauges,” some optimal for hunting turkeys and waterfowls. The company also manufactures tactical shotguns and pistols, according to its website.

Stoeger and sister company Franchi come aboard as the former Gander Mountain reorganizes under CEO Marcus Lemonis’s new vision for the outdoor retailer — including a larger assortment of guns at better prices.

Gander Mountain filed for Chapter 11 bankruptcy protections in Minnesota court on March 10. Lemonis’s Camping World, the nation’s largest recreational vehicle dealer, led the investor group that bought out $390 million worth of Gander Mountain assets, including its Overtons boating business, during an April 28 auction. More than half of the chain’s 162 locations shuttered after a nationwide liquidation sale ended last month.

In the weeks following the bankruptcy auction, Lemonis changed the company’s name to Gander Outdoors, crowd-sourced a new logo and maintained an evolving list of surviving locations — down to 57 from a planned 70 — on his Twitter account. Meanwhile, the revised company announced a slew of new product offerings — including products from Henry Repeating Arms, Crosman and Pulsar Night Vision — designed to deliver on Lemonis’s promise to revamp inventory.

Gander Mountain, the brainchild of Robert Sturgis, an avid outdoorsman from rural Wisconsin, began in 1960 as a mail-order catalog for other shooting sports enthusiasts. After a 1968 federal law prohibited catalog sales of firearms, Sturgis grew the business to include camping and fishing gear.