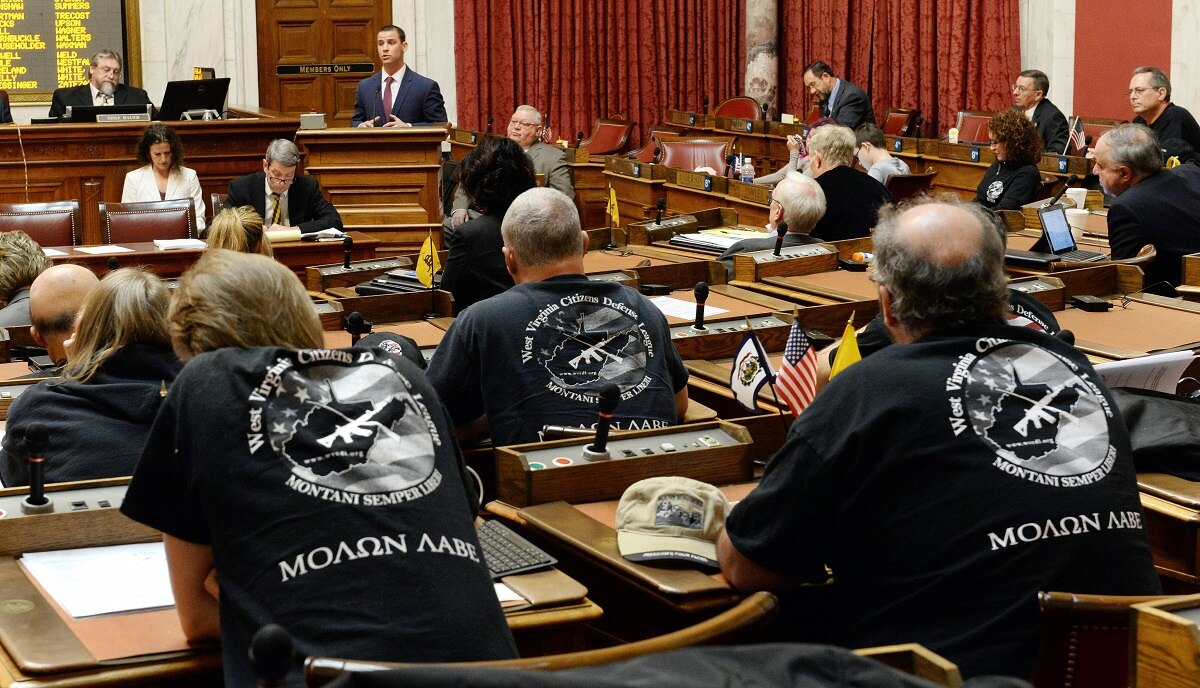 Members of the West Virginia Citizens Defense League attended a hearing for a constitutional carry bill in 2016. (Photo: Charleston Gazette-Mail)

A West Virginia gun rights group has scored a victory in their fight to repeal the ban on guns in Charleston city-owned recreation centers.

Last week Kanawha Circuit Judge James Stuckey ruled partially in favor of the West Virginia Citizens Defense League when he decided that concealed carry permit-holders could carry guns into Charleston city-owned rec centers, so long as those facilities were not leased by a school board, the Exponent Telegram reported.

According to the ruling, the firearms would have to be kept concealed on the owner’s person or in a gym bag or purse. The guns could be locked in a locker, but the city would not be required to provide lockers or locks.

Guns will still be prohibited in rec centers that are leased by school boards or where after-school activities and programs are held.

“This is a major relief to West Virginia’s 150,000 holders of concealed handgun licenses, and reduces the ‘legal minefield’ potentially found in city-owned recreation centers and facilities,” said Keith Morgan, president of the Citizens Defense League.

The partial victory came after a years-long battle that started when the Citizens Defense League sued the city of Charleston in 2013 over an ordinance that banned guns on city property.

The West Virginia state Legislature then passed a law in 2014 that allowed concealed carry permit holders to carry concealed guns into rec centers, so long as the firearm was “securely (stored) out of view.”

However, Charleston city attorneys fought the law, arguing in court that guns should still be banned from city-owned rec centers as they were often used for school functions and had no way to safely store the firearms in the facilities.

The case then eventually made its way to Judge Stuckey, who issued the ruling on Sept. 21.