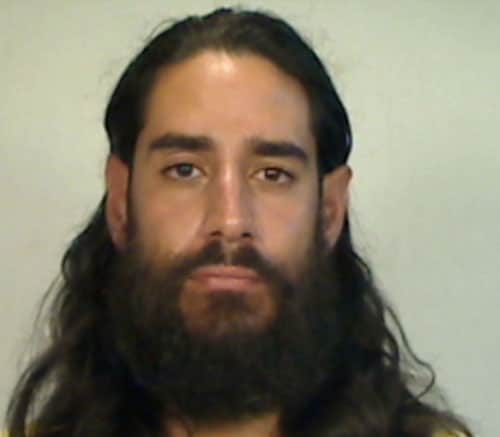 A 36-year-old man is facing numerous charges after he allegedly pulled a gun on a man at a Marathon, Florida, gas station during a dispute.

According to the Monroe County Sheriff’s Office, Jose Olivera was at the gas pump around 8 p.m. when another driver pulled in behind him and began to wait. The other driver apparently became irritated that Olivera was taking too long, so he honked his horn.

Olivera and a female passenger reacted to the horn by yelling at the driver, who later told police that Olivera pulled a revolver on him before getting back into his truck and driving away.

Police were given a description of Olivera’s truck, which was spotted by an officer a short time later. The officer initiated a traffic stop and could see a pistol in plain view inside of Olivera’s truck. However, the driver at the gas station was adamant that the gun held by Olivera during the confrontation was a revolver.

As a result, the officer searched the path taken by Olivera from the gas station to where the traffic stop was initiated, and discovered a .38-caliber revolver on the ground. Olivera admitted to tossing the gun because, he said, he was scared, but denied pointing it at the other driver.

Olivera was arrested on charges of aggravated assault with a deadly weapon and tampering with evidence, as well as improper exhibition of a firearm and use of a firearm while under the influence of alcohol.