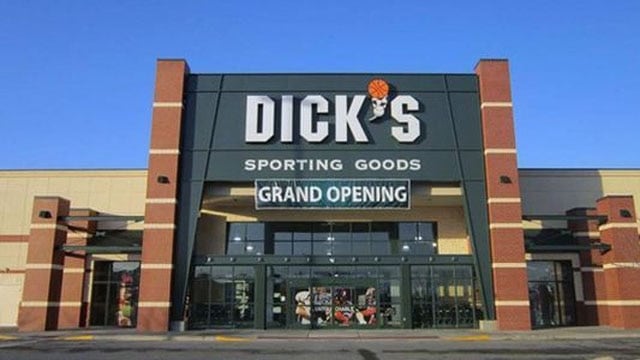 Eight new locations for Dick’s Sporting Goods and two for Field & Stream opened this month, according to a company press release.

“Connecting with our customers and being part of the communities where they live, work and play is extremely important to us,” said Lauren Hobart, president of Dick’s Sporting Goods. “We’re excited for the opening of 10 new stores across six states and look forward to expanding our exclusive offering of products and in-store services to communities that have a rich history of great sports and outdoor traditions.”

Chairman and CEO Ed Stack’s told investors last month earnings “will be painful for awhile” — at least through the rest of its fiscal year — sending stocks for gun manufacturers American Outdoor Brands and Vista Outdoor into decline. He echoed the woes of other retailers and firearms manufacturers whom blame sluggish sales on stockpiled inventory hanging around since last year’s election and called the promotional pricing in the hunting category “almost irrational.”

“The gun and ammunition business is difficult,” he said. “That is right now … continuing to be promotional. And I think it’s going to become more promotional as we get into the meat of the season, which is toward the end of the third quarter and to the beginning of the fourth quarter.”

“The customers have told us they feel our prices are not competitive in today’s environment,” he said. “Consequently, we have become more promotional and competitive, and have launched our best price guarantee where we promised the customer if they find a lower price than ours, we will match it.”