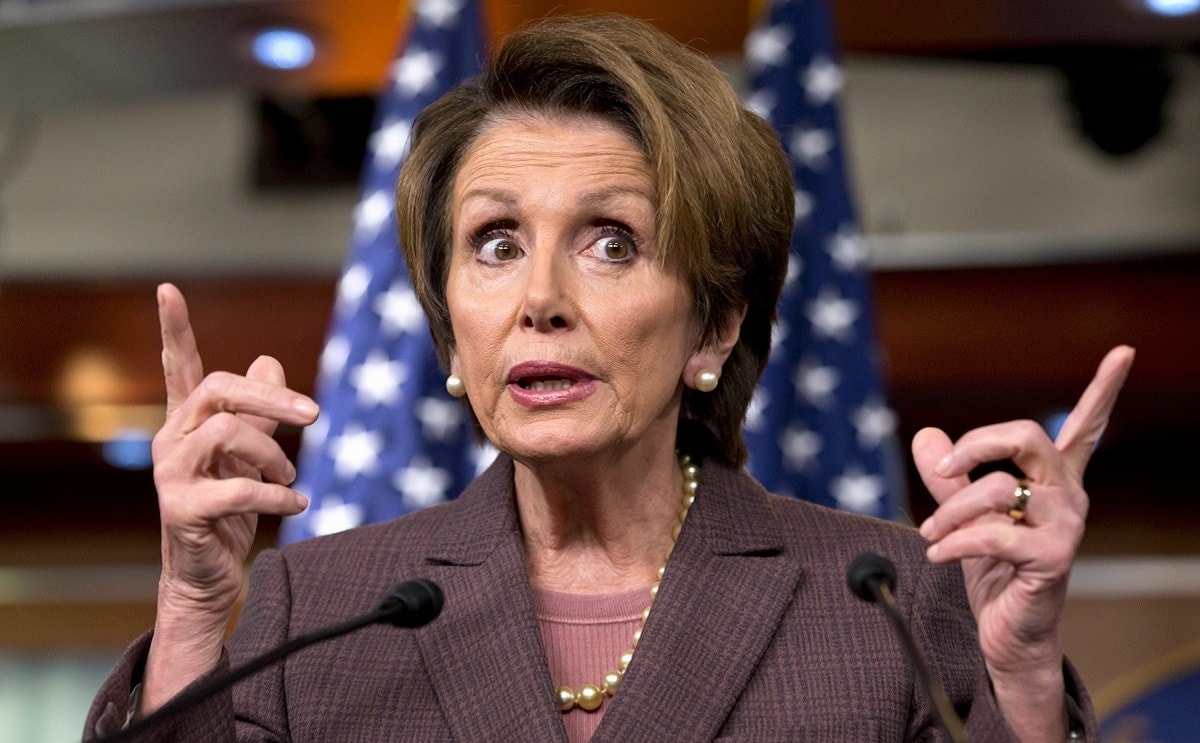 Scalise received a warm welcome Thursday during his surprise return to work after being severely wounded in a shooting at a congressional baseball practice in June. However, it wasn’t too long before Pelosi seized the opportunity to criticize a pair of pro-gun bills that Republicans plan to bring to a vote in the near future, Politico reported.

Pelosi specifically expressed her opposition to the Sportsmen’s Heritage and Recreational Enhancement Act, which would primarily loosen restrictions on suppressors. When asked by reporters about the legislation, the top Democrat referenced Scalise’s shooting in her response.

“Hunters need armor piercing bullets? They need silencers? They need conceal and carry to hunt?” she told reporters. “Silencers — even in the case of Steve Scalise — if you can hear, you can run to where the tragedy is emanating from. It’s horrible.”

Earlier in the day during a speech to fellow members of Congress, Scalise had described the sound of shots being fired at the baseball field and said he could tell when Capitol Police were advancing on the shooter based on the sound of their guns firing.

“When I was laying there, not long after the first couple of shots were fired, I could hear a different caliber of weapon. And that told me that they had immediately engaged the shooter,” Scalise said.

Republican Rep. Jeff Duncan, one of the SHARE Act’s main sponsors, blasted Pelosi for her comments in a heated tweet, pointing out that suppressors don’t actually silence firearms.

“@NancyPelosi how about we go to a firing range so you can witness for yourself that suppressors don’t make guns silent? You game?” Duncan tweeted.

.@NancyPelosi how about we go to a firing range so you can witness for yourself that suppressors don't make guns silent? You game?

Pelosi has also been critical of the National Concealed Carry Reciprocity Act of 2017, which would let lawful gun owners carry concealed firearms into other states that allow the practice. The bill currently has 212 co-sponsors, including three Democrats, and is expected to be debated in the House Judiciary Committee in October or November.

The SHARE Act was approved by the House Natural Resources Committee earlier in September.