Report: DoD may have lost $702 million worth of ammo in Afghanistan 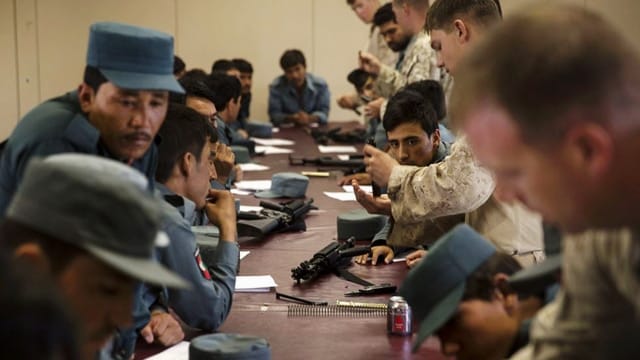 Department of Defense officials aren’t sure whether $702 million allocated for ammo was spent properly in Afghanistan.

In a report released last week, the Defense Department’s inspector general said the Combined Security Transition Command, which trains and equips Afghan defense and security forces, did not have assurance that the money “supported actual requirements and was used for its intended purposes.”

The inspector general said the command “did not provide effective oversight of ammunition that was procured by the DoD.”

“Without consistent, timely, and accurate reporting from the ministries, (Combined Security Transition Command – Afghanistan) cannot account for all ammunition consumed by the (Afghan National Defense and Security Forces),” the report said.

The money was spent in fiscal years 2015 and 2016. According to the report, officials said understaffing and security limitations prevented them from performing certain physical inspections that would have validated ammunition reports. CSTC-A personnel also failed to define who was responsible for evaluating the ammunition reporting.

“This occurred because CSTC-A focused on its advisory mission through mentoring Afghan officials but did not develop an effective strategy to oversee the ministries’ compliance with commitment letter requirements,” the report said.

Personnel only enforced one penalty on the Afghan government for failing to meet reporting requirements. The Afghan ministries didn’t meet the requirements in 36 of 55 assessments. Officials didn’t enforce the penalties because they feared it would have a negative effect on ANDSF operational readiness, according to the IG.

The report outlined a series of recommendations, including clearly defined responsibilities for oversight personnel, and ways to evaluate ministry compliance with ammunition reporting requirements.

Last year, in a report for the United Nations Security Council, an assessment from a monitoring team found “that significant quantities of arms and ammunition from Afghan military stockpiles in fact remained unaccounted for.”

“Several-high ranking officials of the Government of Afghanistan highlighted the fact that, during the ongoing fighting season, an increasing amount of highly specialized, modern equipment such as sniper rifles, laser sights and night-vision goggles had been seized from Taliban fighters,” the report said.

The United States has spent more than $70 billion on Afghan forces since 2002, according to the Military Times.