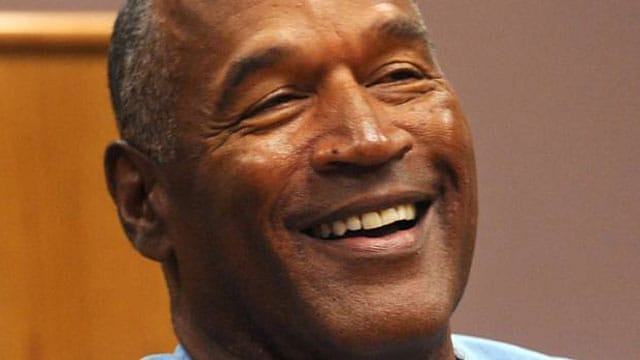 Simpson, who is now 70 years old, was sentenced to serve 33 years for the 2007 robbery of two sports memorabilia dealers at the Palace Station in Las Vegas, but was granted parole in July. However, Simpson will remain under supervised release through September 2022.

Simpson was originally set to be transferred to a state prison just outside of Las Vegas and be released from there, but according to Nevada Department of Corrections spokeswoman Brooke Keast, due to the high-profile nature of the case, there were some safety concerns that prompted the release directly from Lovelock instead.

“We had to make sure that we could do this safely and without incident,” Keast said. “And we did.”

Officials did not want a media presence during the release, and Keast said Simpson did not want to be photographed.

Keast confirmed that a prison official said to Simpson as he walked out of the facility a free man, “Don’t come back.” To which Simpson replied, “I don’t intend to.”