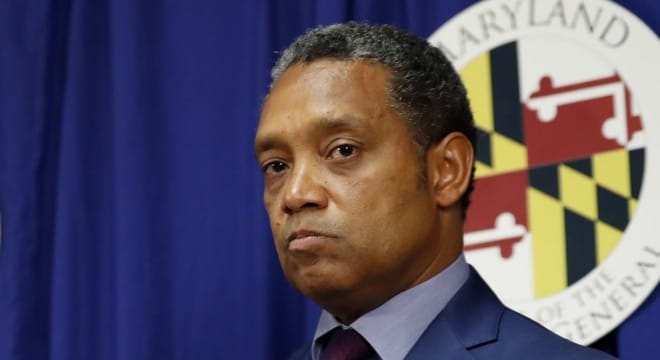 D.C. Attorney General Karl Racine filed the petition asking the court vacate the pro-gun ruling handed down in July by a three-judge panel and rehear it in front of the full circuit. A majority of the 11 judges on the court, under Chief Judge Merrick Garland, would have had to vote to rehear the case, a rarely granted procedure. According to court documents, not a single judge requested a hearing.

Now denied, the city could continue its appeal to the Supreme Court, though Racine was noncommittal on the subject. “We are disappointed by the full D.C. Circuit’s decision not to rehear our case,” Racine said in a statement. “As we review options for next steps in consultation with the Mayor, the Council and the Metropolitan Police Department (MPD), our primary concern will be ensuring public safety through reasonable gun laws.”

In a 2-1 ruling in July, a panel of the court issued a permanent injunction prohibiting city authorities from enforcing a “good reason” test as part of its gun licensing program, which has resulted in more permits declined than granted and has effectively barred most people from exercising Second Amendment rights outside their home.

Alan Gottlieb, SAF founder, and executive vice president told Guns.com the news from the court was a major win. “We are grateful that the court has shown considerable wisdom, and this should help advance the effort to assure reasonable concealed carry for District residents,” he said.

Should Racine appeal the decision to the nation’s high court and lose or have the justices decline to hear the petition, it could significantly change the scope of may-issue concealed carry laws nationwide. Currently, eight states in addition to D.C. have such restrictive laws, though legal challenges to them have fallen short.

“This ruling could have a tremendous positive impact on the ongoing legal fight for the right to carry in California,” said Chuck Michel, the California Rifle and Pistol Association president and National Rifle Association’s counsel in the state.