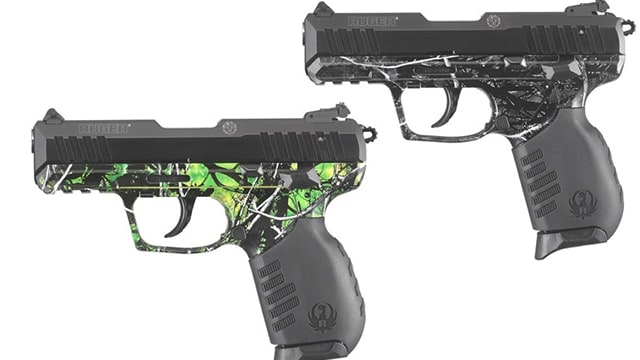 The SR22 is one of three pistols that sees the addition of the Moon Shine Camo family of patterns. (Photo: Ruger)

Ruger says these patterns are unique and not what consumers are use to seeing.

“Moon Shine signature camo patterns differ from those commonly found anywhere — especially on firearms,” the gun makers said in a press release. “These patterns are for the outdoor and firearms enthusiast to shot a new level of self expression.”

The color patterns are currently available on Ruger’s website with prices varying based on pistol models.