WTF doubles down on Deadpool with a suppressed AR project (PHOTOS) 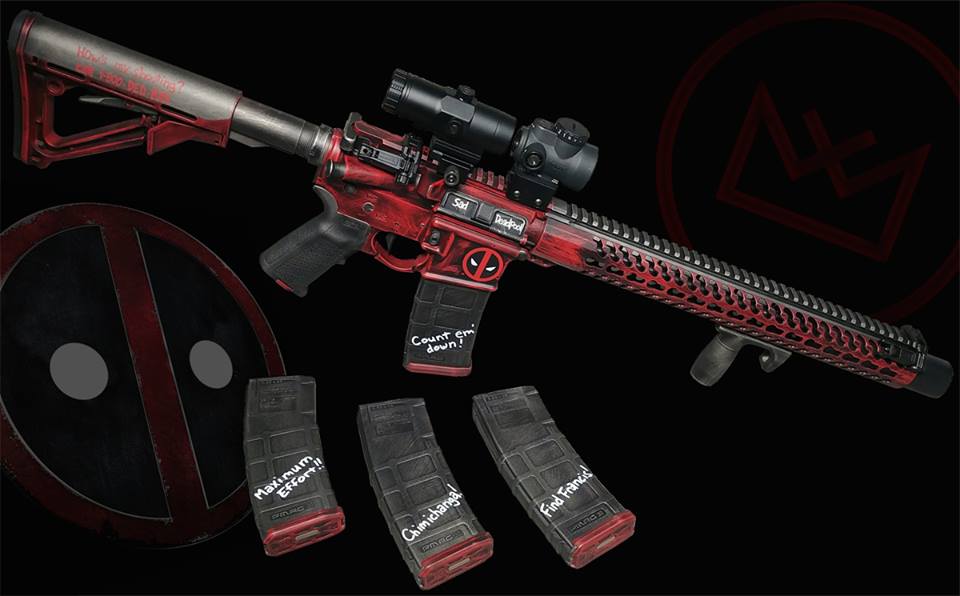 Their Deadpool project AR has a Gemtech Patrol suppressor, a Trijicon MRO and Vortex Magnifier and other inspired accessories. (Photos: WTF)

The guys down at Whiskey Tango Firearms in Sarasota, Florida are continuing their Deadpool line with a new chapter that includes a well-modded and suppressed AR.

Made internet famous by the ‘Merc with the Mouth tribute Colt New Agent a few months back, Ian Cherry with WTF says the interest in the new novelty AR build has been phenomenal.

As noted on their social media page, the gun comes complete with a Trijicon MRO and Vortex Magnifier with Magpul MBUS Pro irons as a backup for those sticky situations. The setup is en-quieted with a Gemtech Patrolman suppressor pinned and welded to an 11.5-inch Faxxon barrel, which allows for a transfer on a single stamp. The custom scheme is done with Cerakote and KG Coat. 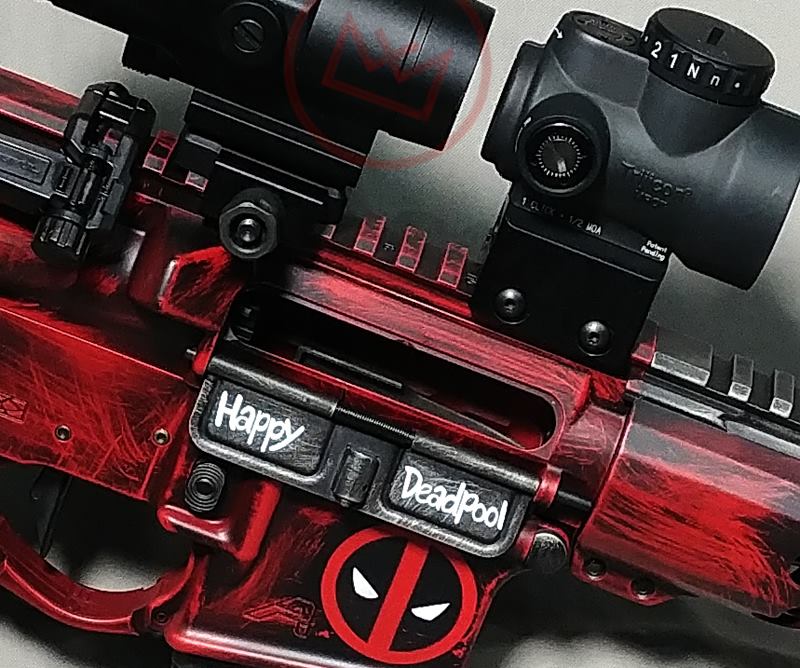 Cost? Well, it’s got a lot of stuff on it including the can and optics package which brings this range toy up to $3794 plus shipping, which is probably small change for dedicated Deadpool fanboys with disposable income somewhere.

Looking to get the DP treatment (you have a dirty mind) on an AR already in your stable? Cherry says he is up for that as well for about one-tenth the price.

And keep in mind as a disclaimer that you probably shouldn’t have this one as your home defense piece or trunk gun unless you want to give prosecutors a layup. Hanging out with time-traveling super soldiers armed with Hollyweird KRISS Vectors? That’s another story. 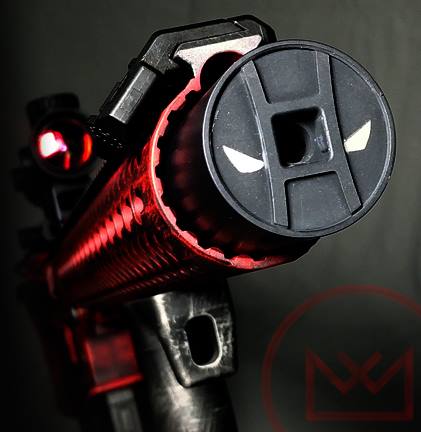