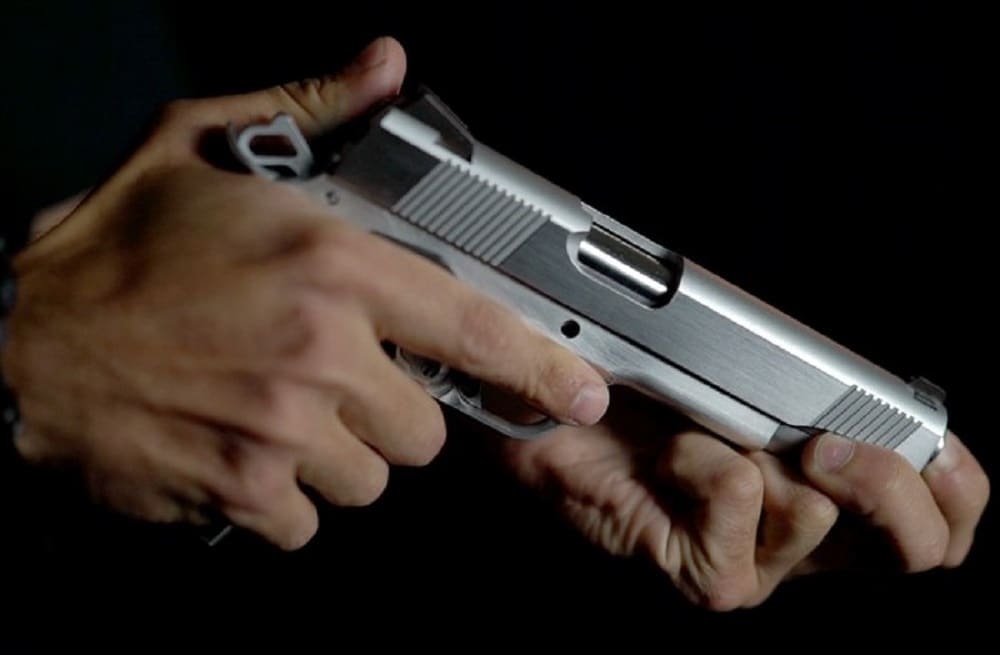 An M1911 handgun made with the Ghost Gunner milling machine. (Photo: Defense Distributed)

Wired reported that the new software code will enable the Ghost Gunner, a one-foot-cubed tabletop milling machine, to now carve out untraceable M1911 aluminum handgun frames. Cody Wilson, the organization’s leader, said he plans on further upgrading the machine to produce Glocks and other handgun models.

The latest Ghost Gunner model, 1,000 of which have already been sold, can produce the handgun frame in about an hour. The frame is the only regulated handgun part in the U.S. All other parts can be ordered online, making it possible for people to produce their own private, untraceable handguns.

Three years ago, Wilson released the original Ghost Gunner, which was capable of carving out only AR-15 frames. He sees the new upgrade as a huge step forward.

“The whole cypherpunk attitude of total gun privacy is more coherent in this smaller package,” said Wilson. “Now you can have a private 1911 or a private Glock, and it’s at the level of automated manufacturing.”

While California has already outlawed possessing homemade firearms with no serial numbers, also known as ghost guns, no such regulations exist at the federal level, a worrisome reality for some lawmakers and gun control advocates.

“The ghost gun threat is real and growing,” said Kevin De Leon, the California state senator who pushed legislation to ban ghost guns. “Are they being made by gang members? Are they being manufactured to sell to individuals who are prohibited from possessing firearms? Technologies that make it possible for the general public to manufacture guns raise serious questions.”

Wilson himself admitted earlier this year that the thought of his machine producing handguns scared even him a little bit. He worried that the ghost pistols could get into the hands of criminals and gang members, citing Chicago’s violent crime problem as a troubling example.

“We’re going to see orders from Chicago we haven’t seen before,” he said. “Even I’m a little scared.”

However, Wilson followed up by saying that the 1911 handguns won’t be as easy to assemble as the AR-15s.

“If the AR is like Legos, the 1911 is like a model ship,” he said. “If you’re a gangster at home trying to build one, you’ve bought a problem for yourself more than you’ve solved one.”

Even those who already own the most recent Ghost Gunner model will have to add special jigs in order to hold the 1911 frames in place when inside the milling machine. They will also need extra milling bits and the new software, which the company will ship to users on a USB stick.