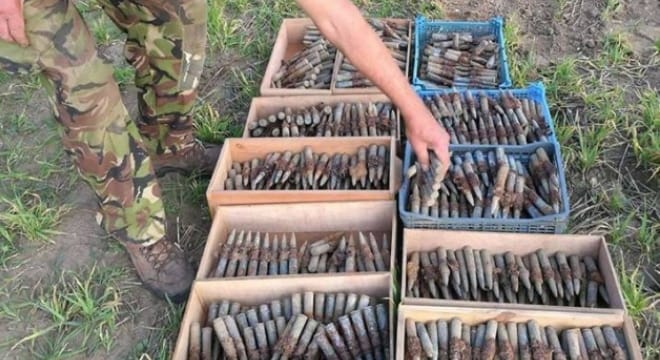 “I think someone must have just buried them rather than taking them home [to America]” said Trevor Hewitt, curator for the organization that unearthed the relics. (Photo: New Farm Aviation Heritage Group via EP24 News)

American B-24 Liberator bombers flew from the field in England during World War II to plaster the Germans in Western Europe, but they apparently left some rounds behind.

As reported by EP24 News, the New Farm Aviation Heritage Group, a club of aviation and military enthusiasts located in the Frettenham parish of Norfolk, found a mixed batch of live .50-caliber BMG rounds buried about three feet deep around the site of a historic WWII airstrip.

“They [members] came across a big chunk of metal which turned out to be the armored plate  from a gun turret, and underneath that they found the .50 caliber rounds,” said Trevor Hewitt, curator for the organization.

Formerly the location of RAF Rackheath airbase, the area was home to the 467th Bombardment Group, which included the 788th, 789th, 790th, and the 791st Bomb Squadrons. According to the Eighth Air Force Historical Society, the unit was located at Rackheath for about 15 months across 1944-45, during which time aircraft supported D-Day operations in France and attacked German positions during the Battle of the Bulge. 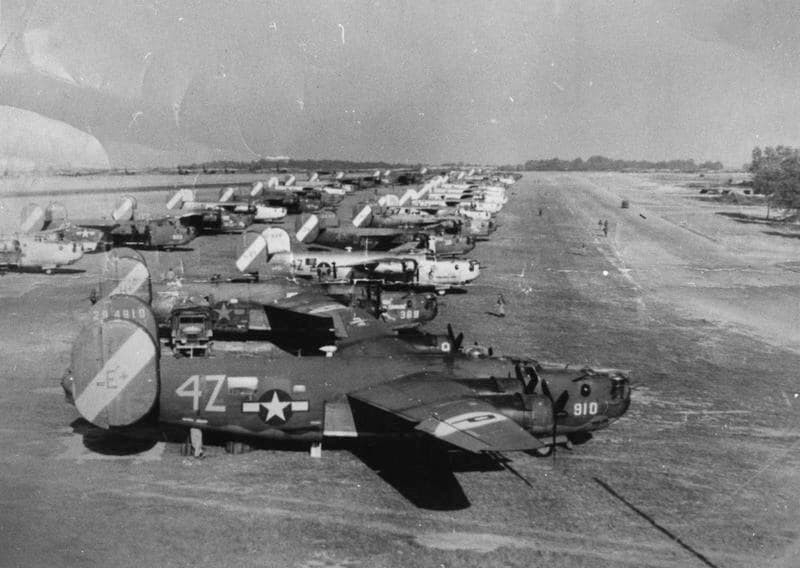 B-24 Liberators of the 467th Bomb Group, the “Rackheath Aggies,” lined up at Rackheath (Photo: American Air Museum)

As noted by the American Air Museum, a B-24H named Witchcraft, which flew with the 467th, held the Eighth Air Force record of 130 combat missions — the most for that type of bomber. When the Americans left Rackheath in 1945, the field was decommissioned and returned back to agricultural use, though the old tower still remains.

“I think someone must have just buried them rather than taking them home [to America],” said Hewitt about the rounds, some still belted for use in M2 machine guns.

The B-24 carried 11 or more M2s including three in the nose, two in the belly turret, two in a tail, two in a dorsal turret and two in the waist.

It is not immediately clear if the organization will be able to store the live, deteriorated ammo under England’s strict gun laws.