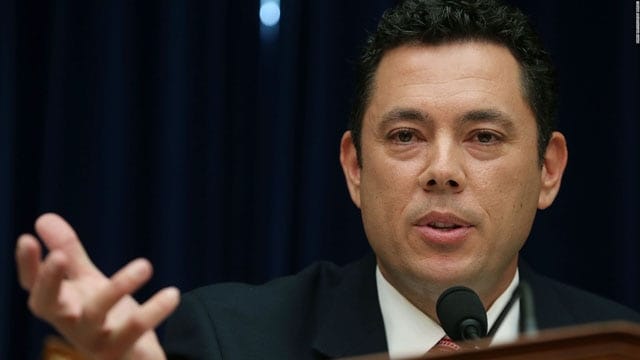 A former Utah congressman told Fox News background check proposals will get renewed interest in the wake of Sunday’s shooting in Las Vegas.

Jason Chaffetz, once the Republican chairman of the House Oversight and Government Reform Committee who served Utah’s third congressional district for eight years, said Tuesday during an interview on America’s Newsroom the idea of expanding background checks and other hot-button gun control policies often percolate to the surface of the public debate after such tragedies.

“I do think that background checks will obviously become an issue,” he said. “I do think there is something we could do on the mental health front, but again, I think it’s too early to do that and it wouldn’t necessarily have prevented what tragically happened in Las Vegas.”

Authorities in Las Vegas still don’t know why a lone gunman opened fire into a crowded country music festival from the 32nd floor of the Mandalay Bay Resort and Casino Sunday, killing 59 and wounding more than 500 others. The shooter, identified as a 64-year-old retired accountant and prolific gambler named Stephen Paddock, killed himself before the Las Vegas Metropolitan Police Department entered his two-room suite, where he’d gathered 23 firearms — a dozen of which were equipped with bump stocks — and thousands of rounds of ammunition.

Likewise, a gun dealer in St. George, Utah where Paddock bought a shotgun in February expressed shock at the news of the shooting.

“There were no red flags.” said Chris Michael, owner of Dixie GunWorx in St. George. “I had no idea he would be capable of this.”

The Bureau of Alcohol, Tobacco, Firearms and Explosives confirmed Tuesday Paddock bought all 47 firearms recovered from his hotel room and two residences legally at stores in Nevada, Utah, Texas and Arizona. The devices he used to modify some of the weapons found in his hotel room are legal, said San Francisco Special Agent in Charge Jill Snyder. Details regarding motive remain scarce, law enforcement said, as it requested patience from the media during the investigation.

As anticipated, Democrats and their allies — including prominent gun control advocacy groups — called on congressional Republicans to abandon the Sportsmen’s Heritage and Recreational Enhancement Act, an omnibus package of bills that would, among other things, remove suppressors from the National Firearms Act. Organizations also pushed renewed and expanded “assault weapon” bans and universal background checks.

“I don’t know of a single thing that would have prevented this evil,” Chaffetz said. “It’s not the time to dive into the politics and try to score points on this topic. It’s just not.”