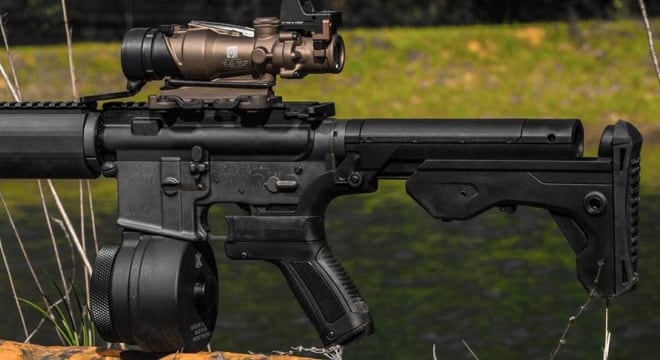 In the wake of Sunday’s mass shooting in Las Vegas, Washington’s chief executive wants action to prevent what he termed “machine gun massacres” by banning a specific type of firearm accessory.

Gov. Jay Inslee, a Democrat, in a statement released Tuesday, argued the time to act to prevent gun violence is now and gave lawmakers marching orders for directed legislation.

“This session the legislature needs to ban bump-stocks and other devices that turn legal semi-automatic firearms into lethal fully-automatic machine guns,” said Inslee. “We must make sure people intent on causing mass destruction and loss of life won’t be aided by lax laws that give them unfettered access to military-style weaponry.”

Although he said the state has made progress in passing new gun regulations in recent years, such as expanded background checks and establishing emergency court orders to seize firearms from those thought to be at-risk, the Governor urged quick action in the interest of public safety.

Bump fire or slide fire stocks have grown in popularity in recent years. Starting at $100, the over-the-counter accessories rely on a rifle’s recoil system to simulate full-auto fire without the need of a tax stamp due to National Firearms Act regulations on machine guns. As the devices still require the user’s finger to pull the trigger each time, they are generally unregulated. However, the technique of bump firing a gun even without a device is simple, with numerous online tutorials.

While guns capable of select- and full-auto fire were commonly available under the NFA, the 1986 Hughes Amendment halted production of new firearms for civilian transfers, sending prices skyrocketing for transferable “pre-86” weapons and components in the past 30 years.

According to the Bureau of Alcohol, Tobacco, Firearms, and Explosives, the shooter in Las Vegas modified a dozen guns with devices such as bump fire stocks. The fatal shooting claimed at least 59 lives and sent hundreds to area hospitals.

In the days immediately following the Pulse nightclub shooting in Orlando last year, state and regional gun control groups in the Pacific Northwest launched a drive to establish a ban on what they term “assault weapons” and ultimately magazines capable of holding more than five rounds of ammunition. Leaders of the effort called for new sales of such firearms to be halted and existing guns registered, citing mass shootings involving AR-15s and similar weapons.

The Washington State Legislature is divided with Republicans holding a one-seat majority in the state Senate while Democrats have slim control over the House, meaning Inslee would need a modicum of bipartisan support to move a bump fire ban through to his desk.

The specter of a prohibition on the devices could extend beyond the West Coast. U.S. Sen. Dianne Feinstein, D-Calif, on Tuesday called action on the accessory one of her highest priorities.

“A ban on bump fire stocks was included in my 2013 assault weapons bill, and I’m looking at how best to proceed with legislation to finally close this loophole,” said Feinstein. “This is the least we should do in the wake of the deadliest mass shooting in U.S. history.”