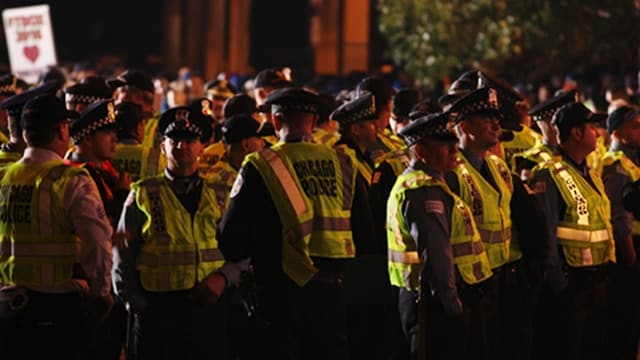 CPD management say most of its overtime spending has been “legitimate, reasonable and necessary.” (Photo: Brian Seay/Guns.com)

The Chicago Police Department has spent nearly $100 million a year on officer overtime in the last few years, according to an internal investigation.

In a 73-page report released Tuesday, Inspector General Joseph Ferguson blamed lax oversight of the overtime process for $575 million worth of OT spent since 2011.

“CPD’s management of overtime speaks directly to how inefficient management can lead to wide scale waste and a culture of abuse,” Ferguson said, according to the Chicago Tribune.

Some officers seek out work guaranteed to lead to overtime pay, such as getting involved with drunken driving arrests and then going to court appearances associated with those arrests, according to Ferguson’s report. Dubbed the “DUI guys,” one officer spent nearly two-thirds of the 943 days examined in court. Another officer raked in $336,000 worth of overtime in a two-and-a-half year period. Four other officers earned $250,000 in overtime each.

Last year, the city budgeted $79.6 million for police overtime. The department ended up spending $146 million. This year, $84 million has been appropriated for officer overtime, and Ferguson says the city is on pace to spend roughly $169 million.

“CPD management has failed to establish the culture of fiscal responsibility necessary to curb waste and abuse, and hold members at every level accountable for prudent use of taxpayer resources,” Ferguson wrote in the report.

Waste and abuse aside, part of the soaring overtime costs can be attributed to a declining number of officers. By 2016, as many as 600 fewer officers were serving in the department compared to 2011 — the same time period of the overtime audit.

But the city is in the midst of a hiring blitz. CPD plans to add 1,000 officers to its ranks over the next couple years. Superintendent Eddie Johnson says that should help with the out of control overtime spending.

“This will help us ensure that we have the coverage we need in our communities to keep them safe while also decreasing our dependency on overtime,” Johnson said.

Still, First Deputy Superintendent Kevin Navarro took issue with some of the conclusions in Ferguson’s report, saying there are “few specifics” or concrete examples of overtime abuse. He also defended the so-called “DUI guys,” saying officers who often take part in DUI arrests serve as a good example to other cops on how to make good stops.

“CPD is confident that the vast majority of its overtime is legitimate, reasonable and necessary,” said a response from CPD management.

Still, Ferguson recommended the department update its timekeeping system, prioritize timekeeping oversight, and train supervisors on how to determine whether overtime is warranted.

“It is imperative that Department management begin actively monitoring members to ensure they are accurately recording hours worked, holding supervisors accountable for excessive use of overtime by staff under their supervision, and assuming responsibility for the Department’s total overtime spending,” Ferguson wrote in the report.